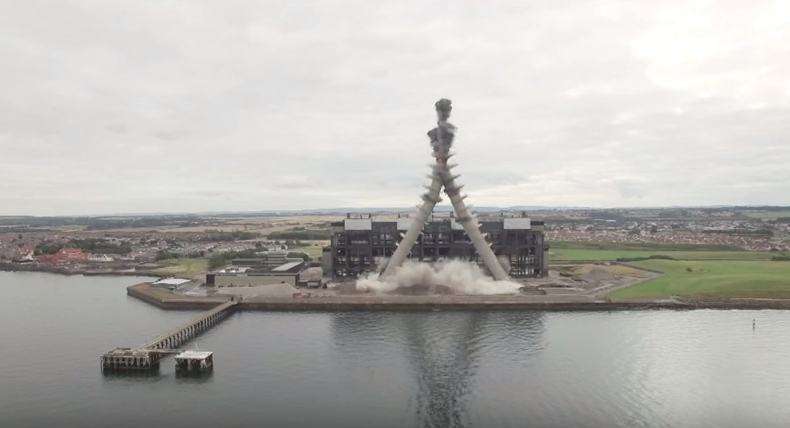 The iconic Cockenzie power station chimneys were demolished by way of a controlled explosion on September 26th, changing the skyline around East Lothian and the Forth forever.

A drone filming in HD caught the whole thing on tape, which featured Cockenzie’s 487 foot (149 meters) chimneys collapsing into each other as a result of dozens of explosives being placed on the sides of the chimneys.

The demolition takes place at the 1:30 mark in the video, marking the end of an era and the demise of what was once the largest Scottish power station.