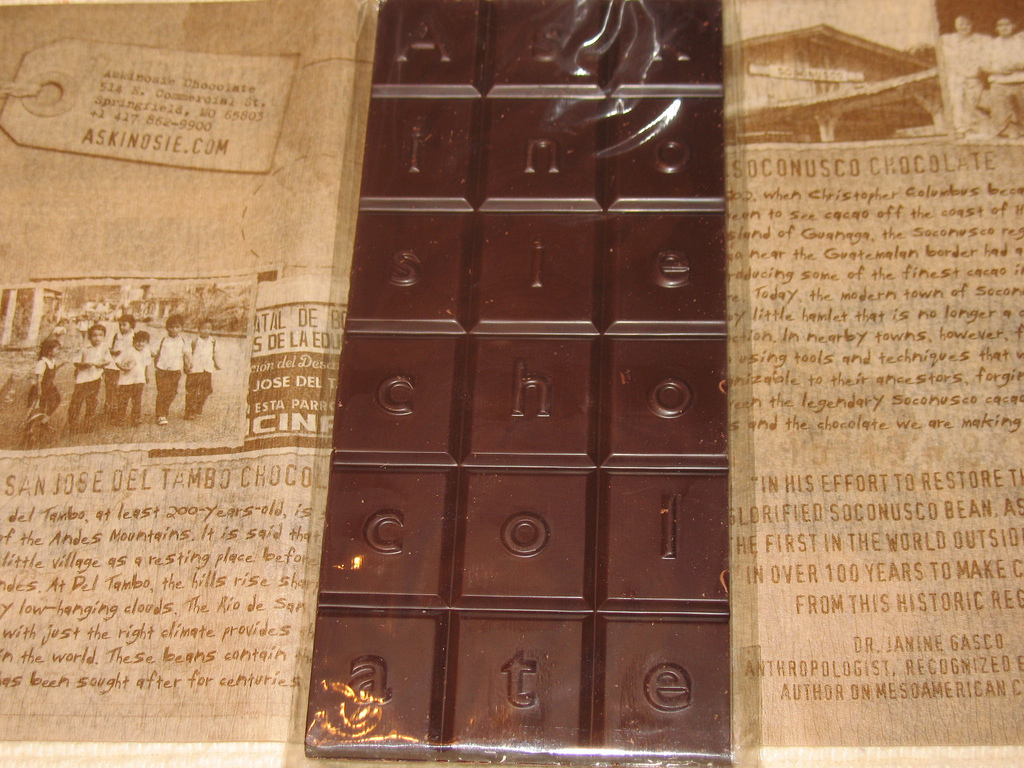 It’s a chocolate lovers dream come true. We can eat our chocolate and gain health benefits, too. Does it get any better than that? But before you rush off to stock up on creamy milk chocolate candy, you need to understand what it is about chocolate, real chocolate, that gives aficionados justification to imbibe.

New research was described in one of 11,000 reports presented at the 249th meeting of the American Chemical Association (ACS) on March 24th. The researchers looked at the methods of processing to examine the effects on the beneficial antioxidant polyphenols. Lest your eyes start to cross and you wonder, “Polly what?” let’s take a look at the interesting story of where chocolate comes from and how it gets from pod on a tree to the forms we know and love to eat. Then we can better appreciate the chemistry of it all.

Chocolate (cocoa) comes from the beans, clustered within ribbed seed pods, which hang temptingly from the cacao tree. It originated in Mesoamerica though it is now grown in Africa as well. There is evidence of cacao being used as a beverage by both the Aztec of Mexico, where it is known as Xocolatl, and the Incas of South America, dating as far back as 1900 BC. Though we think of chocolate as a means of satisfying our sweet tooth, without the fermentation process and added sweetener it is actually a bitter fruit. It is this bitter aspect that makes it so good for us and so bad for our pets.

Typically, the large oval shaped cacao pods are harvested and the beans removed, which are then wrapped in banana leaves to ferment for a couple of days, then sun dried and roasted. The usual roasting is done for about 20 minutes at a temperature of 248-266 degrees Fahrenheit. After roasting, the beans are shelled and pulverized, then usually liquified (called cacao liquor) and formed into a mass of cocoa solids and cocoa butter. It is at this stage that the almost black chocolate usually gets adulterated with fats, sweeteners, and milk to become the high calorie, melt in your mouth candy we are used to. But there is little benefit at this point besides pleasure. And “white chocolate” doesn’t even deserve the name, since there are no cocoa solids at all. However, in its dark form with very few additives except a slight bit of sweetener, the health benefits of chocolate abound!

The dark cocoa solids contain antioxidant polyphenols that serve to prevent “free radicals” in the blood. Free radicals are oxygen molecules gone mad that combine with other substances in the blood causing havoc from premature aging to even more dreaded diseases. Think of the oxidation that occurs to your outdoor wrought iron furniture. So “real” chocolate can provide benefits to your heart, blood, and overall physical health. But, the goodness doesn’t stop there. Some of the alkaloids are credited with balancing serotonin levels in the brain, thus boosting our mood.

The research finding presented to the ACS detailed the team’s attempt to increase the antioxidant polyphenols in the finished product by examining the effects of processing. As with most foods, some nutrients are typically lost in the heating, so the researchers from the University of Ghana, with funding from the Belgian government through Ghent University, set out to find a way to preserve the greatest amount of antioxidants generally lost during roasting.

The team, led by Emmanuel Ohene Afoakwa, Ph.D., divided 300 pods between four test groups, which stored the unopened pods either zero, three, seven or ten days (known as “pulp preconditioning”) and then processed them by fermenting and roasting as usual. Those pods stored seven days maintained the highest levels of antioxidants.

In order to evaluate the effects of roasting on the antioxidant levels, the researchers took samples from each pod group and roasted them for various lengths of time. They found that beans roasted lower (242 degrees Fahrenheit) and slower (45 minutes) produced higher antioxidant levels. They also found that the pods stored before removing and fermenting the beans had higher antioxidant properties. The team assumes that the natural pulp preconditioning of the beans is responsible for the enhanced polyphenols by allowing the pulp to penetrate the beans and alter the biochemistry. Then, by lowering the roasting temperature, fewer polyphenols were destroyed as well, resulting in a potent antioxidant chocolate.

The researchers will continue their trials to seek methods of making chocolate both more nutritious and even more delicious. So eat, drink, and be healthy and happy on the world’s favorite treat. Just be sure to make it the darkest chocolate you can find and you’ll reap benefits for your body and mind. To make the world a healthier and happier place, eat more real chocolate!

Pentagon Planning to Spend $400 Billion to Build 2,457 Warplanes Over the Next Two Decades