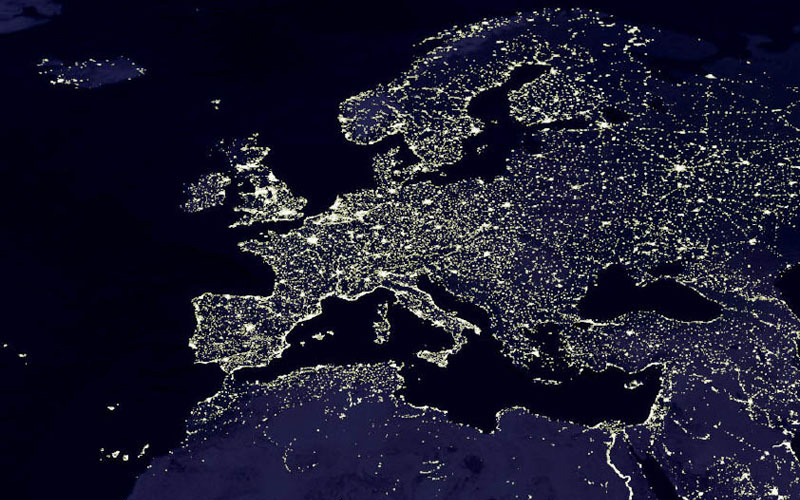 A country may have everything going for it, but if it doesn’t have a reasonably inexpensive supply of energy, its future is uncertain. The United States has, by sheer luck and a little bit of science and engineering, discovered vast resources of energy in the earth beneath it that will allow it to remain an economic superpower for decades to come. Had this vast energy supply not been present, the US would likely have been consigned to an ignominious decline.

Not All Countries Can Emulate The US Shale Boom

As for European countries, the past two decades have seen an increasing dependence on Russian natural gas imports, with Gazprom, Russia’s state monopoly, supplying 40% of their natural gas needs.

Recent reports suggest that the United Kingdom’s vast supply of shale oil may not be recoverable. Unfortunately, at the same time, there is little gas to be “fracked” in the rocks under significant parts of England. Simultaneously, in just 4 months, Scotland will vote on independence from the UK, taking with it vast supplies of energy remaining in the North Sea and adding to it a huge onshore and offshore wind power infrastructure currently under development. As a result, the UK, like Japan, will need to be net importers of energy for decades to come.

This shifting of the sands for countries throughout the world has governments reading the tea leaves and seeing a very uncertain and difficult future with respect to energy supply and independence. There are countries that seem to be on the way to economic stability, such as Estonia, which broke free from the USSR in 1991 and transformed itself into a technological superpower.

As the Middle East has done for decades controlling the world’s supply of oil, Russia is now attempting to do with its immediate neighbors and other energy-dependent EU countries. And Russia’s recent aggression in Ukraine is forcing the EU and its member states to reconsider their dependence on Russia’s natural resources.

Much is at stake for Europe so expect swift action on the European Energy Union and more rumbling from Russia as it continues to see its power mitigated by these developments.