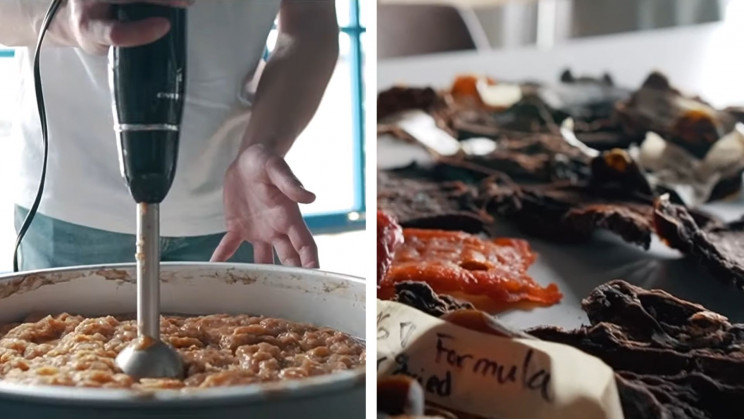 A brand-new wood-alternative material has been invented out of Kombucha brewing waste. This new wood alternative might help save rare trees.

This incredible innovation is the winner of this year’s James Dyson award. The James Dyson Award is also an international design award that celebrates, encourages, and inspires the designers of new problem-solving ideas.

Kombucha-based wood-alternative is known as Pyrus. Pyrus has been invented by Gabe Tavas, a sustainable design scholar from The University of Illinois at Urbana-Champaign.

Living in an indigenous community in Ecuador, Gabe Tavas became aware of the severity of deteriorating environmental issues. He strived to create a new, lab-grown synthetic wood that could be used as an alternative to cut trees for exotic woods.

New wood-alternative made from Kombucha waste

Wood is mostly composed of cellulose and other substance lignin act as a type of glue or binder. Tavas’ research found that these two substances could also be found in abundance as a by-product of kombucha-brewing.

“I started doing more research into problems like deforestation, and then it hit me that wood is mostly composed of cellulose,” Tavas explained. “Trees use cellulose to create their basic structures, so what if we got that ingredient from bacteria instead?”

Tavas found a way to make use of kombucha cellulose. Kombucha cellulose is a gelatinous, biofilm of cellulose that is formed during the Kombucha making process. But, this by-product is often thrown away or used as compost.

He worked with designers to make use of kombucha cellulose to make things like jackets.