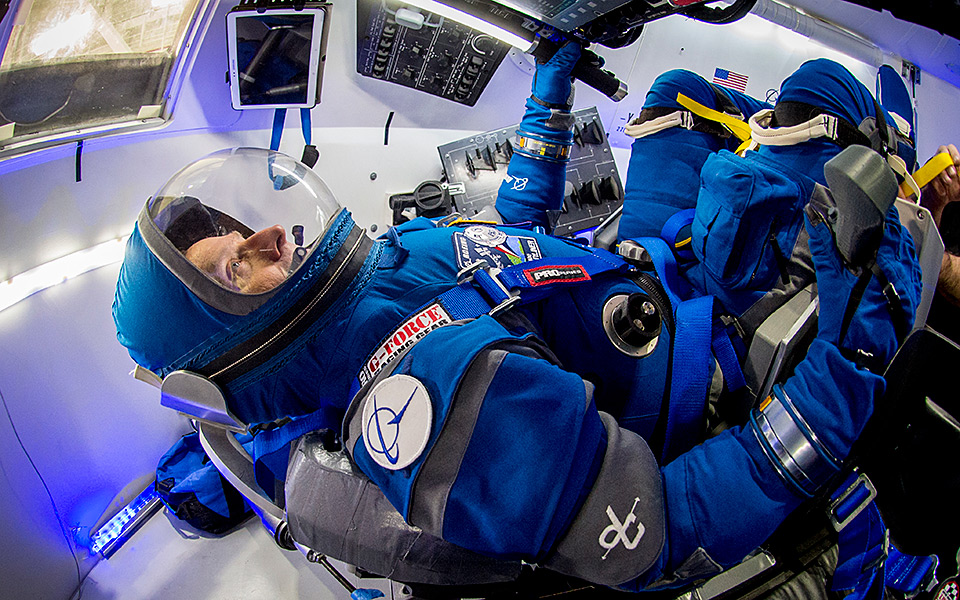 In fact, they look exactly like what someone ten years ago would have envisioned when making a science fiction film about 2017.

Love or hate the new spacesuits, they are built for one essential function:

“The most important part is that the suit will keep you alive,” astronaut Eric Boe said in a press release. “It is a lot lighter, more form-fitting and it’s simpler, which is always a good thing. Complicated systems have more ways they can break, so simple is better on something like this.” However, don’t let the sleek design of the Starliner spacesuits fool you, as they come equipped with many neat features such as: “The spacesuit acts as the emergency backup to the spacecraft’s redundant life support systems,” Richard Watson, subsystem manager for spacesuits for NASA’s Commercial Crew Program said. “If everything goes perfectly on a mission, then you don’t need a spacesuit. It’s like having a fire extinguisher close by in the cockpit. You need it to be effective if it is needed.”

I for one am a fan of the new suits as they are less bulky than what we are used to seeing and offer much more mobility.

We’ll have to wait and see how the Starliner spacesuits fare when the suits face their first real test on the way to the International Space Station in 2018.