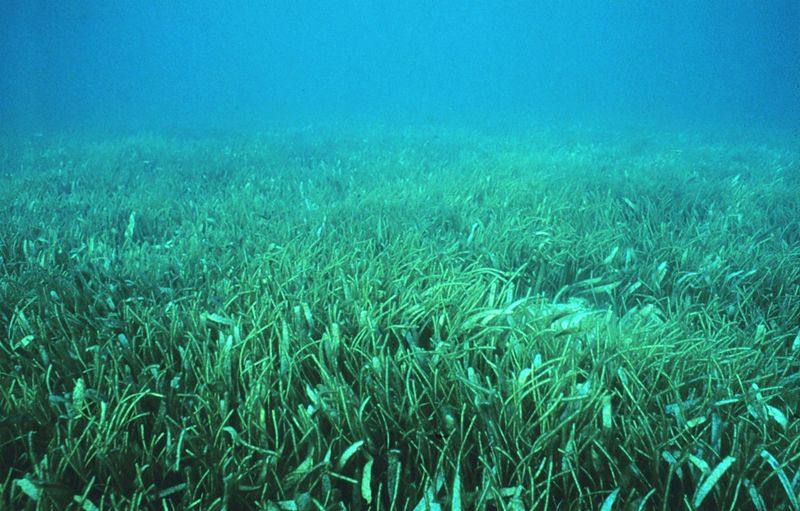 They found that seagrasses release huge amounts of sugar, largely in the form of sucrose (the main ingredient of sugar). The sugar is released from the seagrasses into the soils. Scientists estimated that seabed sugar concentrations would be at least 1.3 billion tonnes, enough for 32 billion cans of Coca-Cola.

“Under average light conditions, these plants use most of the sugars they produce for their own metabolism and growth. But under high light conditions, for example at midday or during the summer, the plants produce more sugar than they can use or store. Then they release the excess sucrose into their rhizosphere. Think of it as an overflow valve.”

Normally, microorganisms gobble up all the excess sugars in their environment. But scientists discovered that phenolic compounds excreted by seagrasses prevent most microorganisms from degrading the sucrose.

But seagrasses play a big role in carbon capture. A patch of seaweed can suck up twice as much carbon as a forest of the same size on land, and 35 times faster.

Marine microbiologist Maggie Sogin said, “We do not know as much about sea-grass as we do about land-based habitats,”

“Our study con­trib­utes to our understanding of one of the most critical coastal habitats on our planet, and highlights how important it is to preserve these blue carbon ecosystems.”