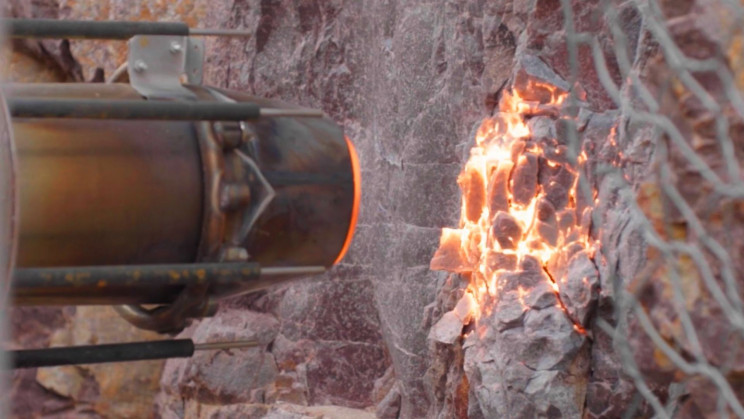 Petra, a start-up based in San Francisco, California claims to have invented a completely new way to excavate rock. Its contactless thermal drilling machine can bore through the hardest rock on Earth.

The semi-autonomous drilling machine is named “Swifty”. Petra says its new robot is cost-effective, reliable, and flexible as compared to existing drilling systems.

Swifty can tunnel faster and cheaper than conventional methods. The boring machine uses thermal technology. It can drill a range of small tunnels between 20 and 60 inches wide without directly touching any surface, dramatically reducing the costs. However, conventional micro-tunnel boring machines are purpose-built for a single diameter.

The thermal drilling machine blasts gas and heat at almost 1,000°C (1,832°F). This breaks the rock into small pieces, which are then sucked out by a vacuum.

Sioux Quartzite is placed at 7.5 on the Mohs scale of mineral hardness. In comparison, the hardest material in the world, diamond, is placed at 10.