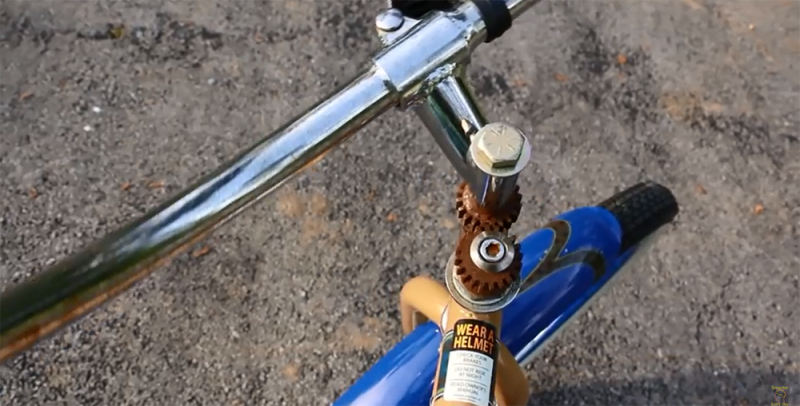 Learning to ride a bike is difficult for most people but with a little practice we enjoy a lifetime of fast and nearly effortless fun or rejuvenating exercise. Our ability to learn most anything is similar to learning how to ride a bike; once we have the knack, it’s easy to pick it up again. However, what if we are thrown a “curveball” where the algorithm we’ve learned is changed slightly? What if we have to ride a “backward brain bicycle.”

Destin Sandlin from Smarter Everyday had a unique experience when welder friends introduced him to a bicycle with a new set of gears in the handlebars so that the front wheel turned in the direction opposite of what was expected. Learning to ride a bike amounts to memorizing an algorithm of movement, balance and vision. But with deeply ingrained experience of riding a bike developed over decades Destin was unable to ride the modified bike competently for eight full months. His son, a seven-year-old with greater brain plasticity, was able to learn to ride the modified bike in a couple of weeks.

Sandlin, an engineer, regularly gives talks associated with Smarter Everyday and he began offering $200 to anyone who could ride the modified bike a mere 15 feet and no one has been able to do it yet.