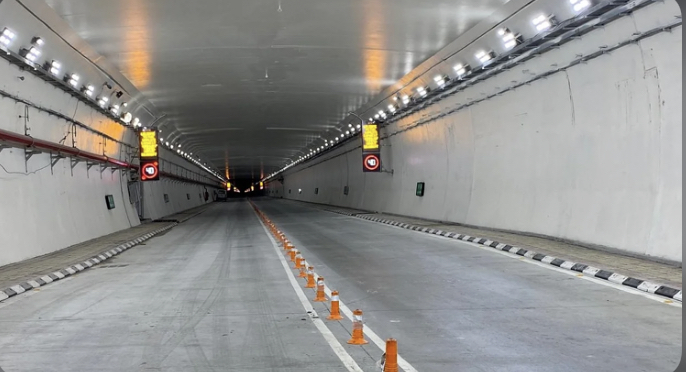 Atal Tunnel (also known as Rohtang Tunnel) is the world’s longest highway tunnel above 10,000 feet. This horseshoe-shaped single-tube; the double-lane tunnel is built under the Rohtang Pass in the eastern Pir Panjal Range of the Himalayas.

As the border tensions between India and China run high, this tunnel will prove to be a lifesaver. The tunnel will provide all-weather the movement of troops or supplies during winters. It will also help to retain the connectivity to remote border areas of Himachal Pradesh and Ladakh which otherwise remain cut-off from the rest of the country for about six months during winters.

The following are some of its features: