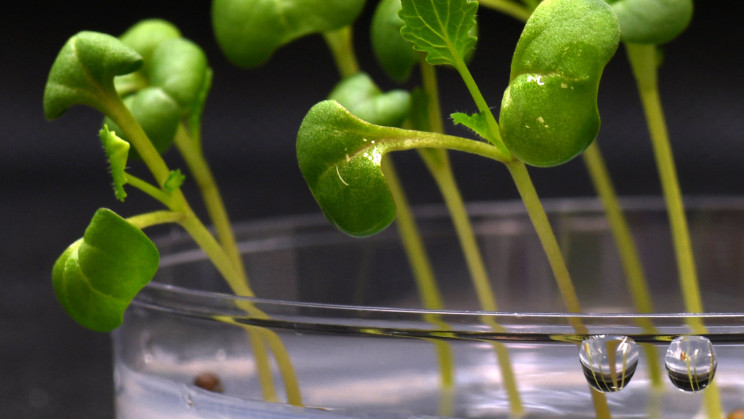 We all know that photosynthesis is the primary source of all food on earth. It is the process by which the plants create food using sunlight, water, and carbon dioxide. But did you know that just 1% of the energy from sunlight reaches the plant?

Now, researchers at UC Riverside and the University of Delaware have found a way to produce food using artificial photosynthesis.

“With our approach, we sought to identify a new way of producing food that could break through the limits normally imposed by biological photosynthesis,” said corresponding author Robert Jinkerson.

The science behind artificial photosynthesis

Researchers used a two-step electrocatalytic process for converting carbon dioxide, electricity, and water into acetate (the main component in vinegar). Then, in the dark, food organisms use acetate to grow.

Although this process does not require sunlight, this system works incredibly well when combined with solar panels

“Using artificial photosynthesis approaches to produce food could be a paradigm shift for how we feed people. By increasing the efficiency of food production, less land is needed, lessening the impact agriculture has on the environment. And for agriculture in non-traditional environments, like outer space, the increased energy efficiency could help feed more crew members with less inputs,” said Jinkerson.

The researchers published their findings in Nature Food.