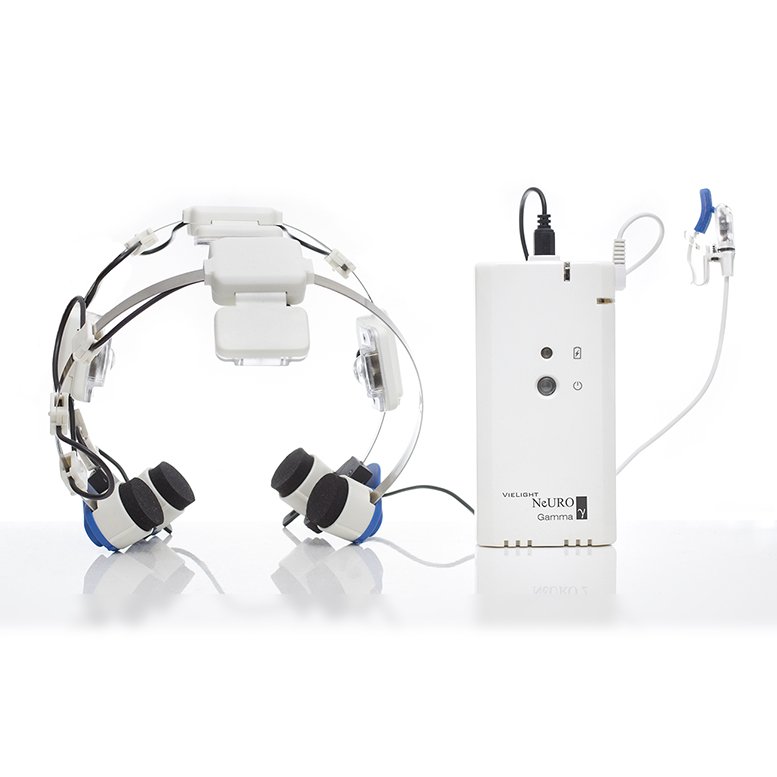 According to a recent study, Alzheimer’s could be reversed by shining light directly into the brain. A Canadian biotechnology company devised a new headset that will help in sweeping away toxic proteins that build up in the brain.

Worldwide, millions suffer from this brain wasting disease. At present there is no known cure for this disease. This headset may offer hope to all those suffering from this disease.

Headset mounted with LEDs, beams pulses of gamma waves into the hippocampus. Hippocampus is the region responsible for memory. Scientists consider, shining light directly into areas of the brain damaged in Alzheimer’s may help patients regain their memory.

This revolutionary device is called the Neuro RX Gamma headset. The headset is non invasive and is suitable for home use.  For the treatment, one has to wear the device, and a separate nasal clip that channels light through the nostrils, for 20 minutes a day.

Daily treatment is said to boost mitochondria. Mitochondria act as the cell’s batteries and light boosts the mitochondria, which give cells their energy. This process is called photo-biomodulation.

Dr. Lew Lim, inventor of the device, said, “Photobiomodulation introduces the therapeutic effect of light into our brain,”

“It triggers the body to restore its natural balance or homeostasis. When we do that, we call upon the body’s innate ability to heal.”

Pleurobot Mimics a Salamander, Allowing It to Easily Move From Land to Water
F-22 Raptor Stealth Fighter Refueling In Midair… In The Dark!
What Goes on Behind the Virtual Curtain? Mining Wastewater Turned into Rainwater