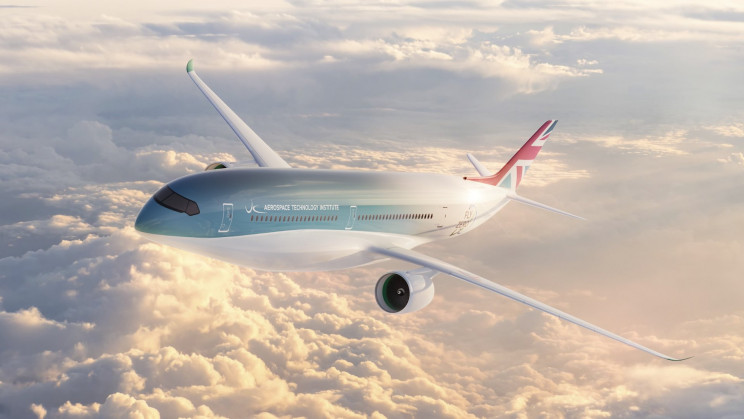 The Aerospace Technology Institute (ATI), a major center for aerospace research and technology in the UK has developed a concept for a midsize aircraft powered by liquid hydrogen.

The zero-carbon liquid-hydrogen-powered airliner concept is called FlyZero. FlyZero was unveiled this week ahead of the fourth meeting of the Jet Zero Council.

The Jet Zero Council (JZC), a partnership between industry and government, aims to deliver zero-emission transatlantic flight within a generation. It helps in driving the ambitious delivery of new technologies and innovative ways to cut aviation emissions.

The 279-seater aircraft would be able to fly non-stop from London to San Francisco with just one stop for refueling. Having the same performance capability as a traditional midsize aircraft, the aircraft would offer the same speed and comfort as today’s aircraft but without producing carbon emissions.

The aircraft would have two turbofan engines. Liquid hydrogen would be stored in cryogenic fuel tanks in the rear fuselage at -250 degrees Celsius (-418 degrees Fahrenheit).

Two smaller “cheek” tanks along the forward fuselage would keep the aircraft balanced as the fuel is burned off.