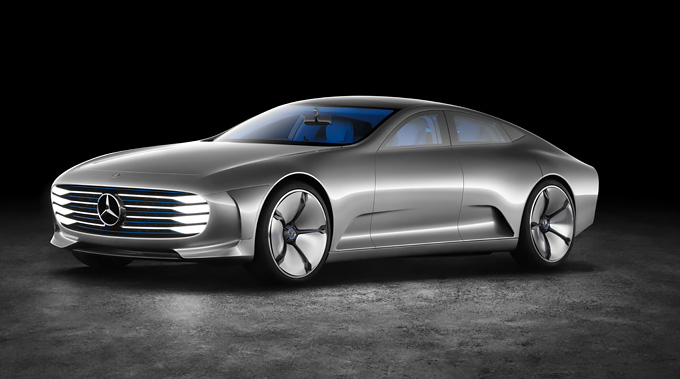 For more than 90 years, Mercedes-Benz has been synonymous with world-class luxury, performance, and style. The cars made by this brand often go above and beyond other luxury cars on the market and certainly surpass standard vehicles of lesser makes and models.

With Mercedes Benz’s recent reveal of its Vision Mercedes-Maybach 6 Concept line, the timing is perfect for exploring in depth some of the best of this brand’s concept cars. As one of the most historic and active car brands in the automotive industry, Mercedes Benz continues to prove with these five innovative concept cars that it knows how to roll out incredible automobiles that will surpass the expectations of even the most experienced of car buyers.

The AMG Vision Gran Turismo concept car from Mercedes-Benz made its debut at the 2013 Los Angeles Car Show. This concept car combines the best of video game fantasy and creative freedom with its long hood, gullwing doors, and lack of a rear window. It gets its power from its 577 HP, 5.5-liter twin-turbo V-8 engine.

Weighing in at a relatively light 3053 pounds, the car is made out of aluminum and has carbon fiber parts. As innovative as the AMG Vision is, it also recalls the style and beauty of classic muscle cars. Created by the Gordon Wagener design team for Mercedes-Benz, this concept vehicle is now a fixture in the video game Gran Turismo.

The Concept IAA from Mercedes-Benz debuted in 2015 and is a concept that embodies two cars in one. IAA stands for Intelligent Aerodynamic Automobile, which explains its design as both a powerful, futuristic, aerodynamic vehicle that at the same time offers the space and practicality of a standard coupe.

Designers of this car envisioned it being capable of reaching 80 kilometers per hour at its top speed. As it reaches this max speed, the car transforms itself at the touch of a button from a coupe into a sleek, aerodynamic vehicle that gains 390 millimeters in length as various flaps and attachments extend from the car.

The Mercedes-Benz F015 Luxury in Motion concept car is a work-in-progress that could be one of the first driverless cars available on the market. One of the most noticeable aspects of this car is its lack of a front window. Its side windows, however, are placed at eye level, allowing passengers to look outside as if they were riding a train.

Designers want this car to be revolutionary in the level of technology that it makes available to owners. The inside space is being created to connect the real and virtual worlds and will feature digital screens mounted on the side walls of the car. Designers also want to maximize it for speed while offering top-notch safety to its owners and passengers. Making its debut in Tokyo in November 2015, the Mercedes-Benz Vision Tokyo Concept car is another driverless automobile that offers a sleek, futuristic design and virtual technology that make every ride in the car a pleasure. The outside of the car alone is worth taking note of, with its vibrant sea-blue LED lighting in the wheel hubs and front grill.

Designed by Mercedes-Benz’s Advanced Design Studios, this concept car is generous with its interior space and can hold up to five passengers. The side doors swing upwards, making it easy to get in and out of quickly. It also will come with virtual technology that lets people work during rides or relax while connecting wirelessly with their mobile devices. The Mercedes-Benz BIOME Concept car was the talk of the town when it made its debut at the 2010 Los Angeles Design Challenge. As the brainchild of car designer Hubert Lee, it piqued the curiosity of car industry insiders because it was the first car made from biofiber that had been grown from organic seeds.

While many pondered the reality of a car being made from nursery grown organic fiber, others turned their attention to the car’s futuristic design and car within a car concept. Despite its rounded dimensions and generous front seating, the car weighs a mere 1000 pounds and measures 158.3 inches long. It is designed to hold three passengers, two in front and one in the back seat.

Since its inception in 1926, Mercedes-Benz has always made it a goal to create the most innovative and captivating cars on the market. Along with being known for its class, style, and reliable performance, this brand of cars continues to show that it is a leader in tomorrow’s car market with its line of concept cars. These cars embody the technology and power that people anticipate from the future automotive industry.

David Moss is a Detroit based freelance automotive and tech writer. You can follow him via Twitter @davidcmoss