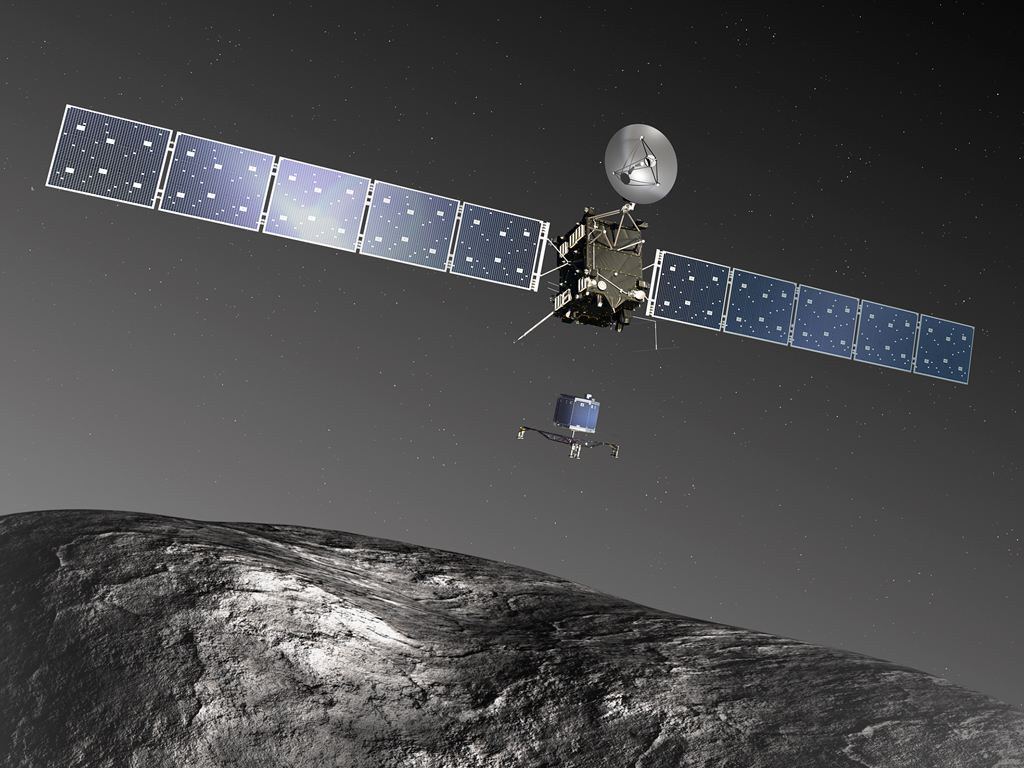 Choreographers and Hollywood movie directors of any age would be envious of the way in which the European Space Agency’s (ESA) Rosetta spacecraft has danced through the heavens on its way to meet the comet named 67P/Churyumov-Gerasimenko.

Rosetta has traveled 3.5 billion miles over 10 years (5.6 billion km) at an average speed of 34,000 miles per hour (55,000 kph) chasing the comet that is 3.1 miles long (5 km). Mission headquarters for ESA’s Space Operations is in Darmstadt, Germany, where the data from Rosetta’s 11 scientific instruments are collected, analyzed and released to the public. According to Matt Taylor, ESA’s Rosetta project scientist, the “double-lobed” structure may be composed of two separate comets or has eroded asymmetrically over time. The following video shows Rosetta’s journey from launch on March 2, 2004, several “gravity assists” where the spaceship thrice uses Earth’s gravity and once Mars’  to “slingshot” toward its final destination.

The spaceship also entered a long period of hibernation and rendezvoused with the comet in May 2014 where soon after it begin global mapping the object.

The current estimate for touchdown of the comet lander is November 2014, just two months away, with the expected end of the mission, December 2015. The ESA recently identified prime landing spots on the comet, which will be evaluated in weeks ahead.

The following video shows Rosetta’s orbit around the comet: