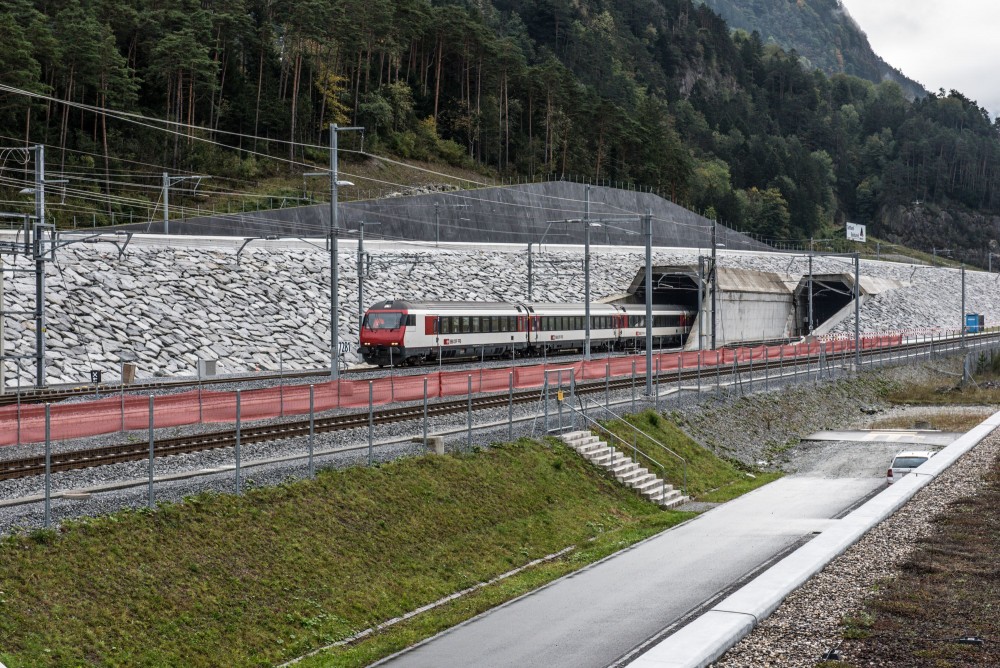 AlpTransit Gotthard, the company charged with building the world’s longest railway tunnel, the Gotthard Base Tunnel, celebrated its opening on June 1, 2016, after 17 years of work. The Gotthard project is part of the New Railway Link through the Alps (NRLA) that includes the Ceneri Base Tunnel, which is scheduled to open in 2019.

With its christening, the Gotthard Base Tunnel, at 35.5 miles (57.1 km) overtakes Japan’s 33.49 mile (53.9 km) Seikan Tunnel as the world’s longest train tunnel. The Channel Tunnel, linking England and France, at 31.37 (50.5 km), moves back to third place. The new tunnel will begin providing cargo transport immediately followed by passenger service in December 2016. The primary purpose of the tunnel infrastructure investment has been to improve the speed of transporting passengers and cargo under the Alps, the mountains that divide the north and south of Europe, and improving the speed of many rail routes. The new tunnel connects Erstfeld in the Uri canton and Bodio in the southern canton of Tessin.

Work on the tunnel included burrowing through solid rock at a depth of 7,546 feet (2,301 m). The Gotthard Base Tunnel is scheduled to operate as many as 65 passenger trains and 260 freight trains daily.

The following image shows the Gotthard Base Tunnel pre-opening events.