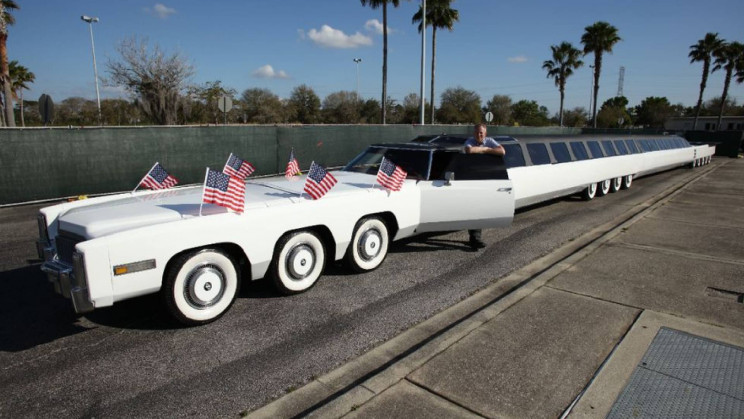 The Guinness World Records has announced that the world’s longest car has finally been restored.

Dubbed ‘The American Dream’ it was first built in Burbank, California. After some time in 1986, when it won Guinness World Record, it lost its glory.

Although during its prime, the car appeared in many movies and was frequently taken on rent. However, because of its high maintenance cost and parking issues, people lost interest in the car and it was abandoned.

Then Michael Manning, owner of the Autoseum technical teaching museum in Nassau County, N.Y decided to restore the car.

Originally, it measured 18.28 meters (60 feet), had 26 wheels and a pair of V8 engines at the front and rear. But now, this limo is extended to 30.54 meters (100 feet and 1.50 inches. This luxurious car has been built in two sections. It was then joined in the middle by a hinge for turning tight corners.

It has a large waterbed, a swimming pool with a diving board, a jacuzzi, a bathtub, a mini-golf course, and a helipad. The car is also equipped with refrigerators, a telephone, and several television sets. It can accommodate over 75 people.

Manning, who was involved in the car’s restoration, said, “The helipad is structurally mounted to the vehicle with steel brackets underneath and can hold up to five thousand pounds,”

However, Manning clarified this car will not be hitting the road any time soon. It will be a part of Dezerland Park Car Museum’s collection of classic cars. He concluded, “It was built to be put on display,”