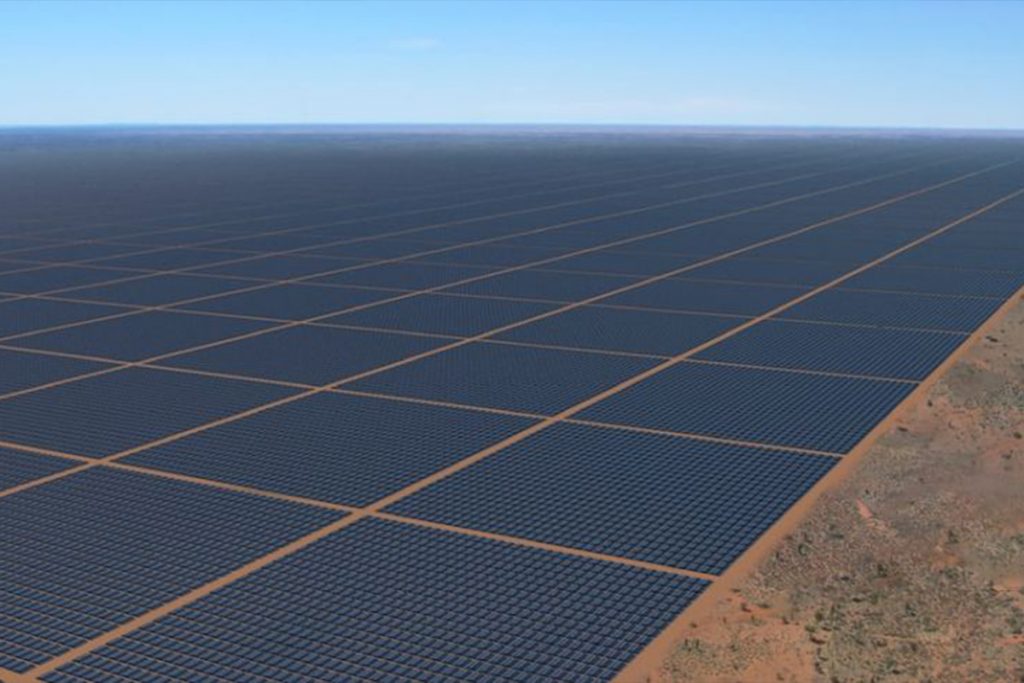 World’s largest solar farm to be built in Australia; however, they will receive a mere fraction of the electricity generated. This masterpiece is being built in the Northern Territory of Australia, roughly halfway between Darwin and Alice Springs.

Known as Sun Cable, the solar farm is expected to start construction in 2023 with the aim of exporting energy by 2027.

The farm is expected to generate about 10 GW (gigawatts) of power. But the country’s heavily populated east and west coasts will be deprived of any benefit. Most part of the energy harvested will ultimately be exported to Singapore via underwater cables.

Following are some of its distinct features: