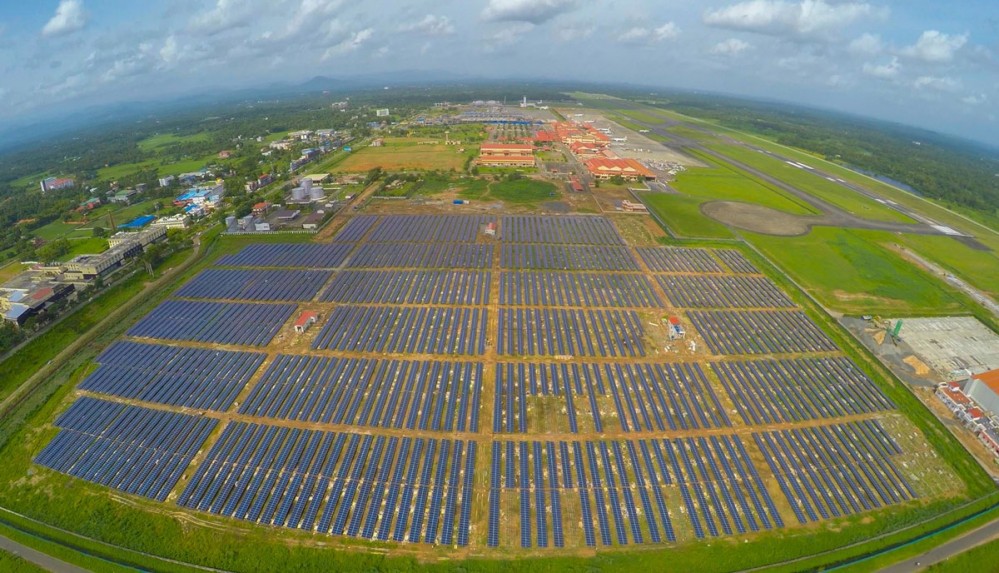 IndustryTap has reported on India’s Bold, Visionary Smart City Initiative, in which the country, under the leadership of Narendra Modi, plans to build or transform 100 Indian cities into smart cities in the coming decades. At the same time, there are a large number of Indian renewable energy initiatives making headlines, including solar powered railways.

Now Cochin International Airport Limited (CIAL), India’s 4th largest airport by travel volume, is set to become the world’s first solar powered airport. CIAL has already installed nearly 50,000 solar panels covering 50 acres (20 hectares) on its property which is generating 50,000 to 60,000 units of electricity, or 12 megawatts of energy daily, which is enough to power 10,000 homes per year.

To accomplish this impressive feat, CIAL partnered with Bosch, a multinational automotive and industrial technology juggernaut.

Estimates are that the solar powered airport panels will save 300,000 tons of carbon emissions during the next 25 years, which is the equivalent of planting 3 million trees or reducing automobile driving by 750 million miles, according to Techworm. In addition, the airport will sell surplus energy to Kerala State Electricity Board and purchase the electricity it needs during periods when the sun isn’t intense enough.

The following videos takes a look inside and outside of Cochin International Airport: