We all know that CO2 emissions and the concentration of carbon in the atmosphere are serious problems that must be dealt with to help reduce the destructiveness of climate change.

Now, researchers from Tokyo Metropolitan University (TMU) have developed an innovative way to capture CO2 from ambient air. It works with 99% efficiency and is at least twice as fast as existing systems.

It is a way of capturing CO2 directly from the air. This is done in two ways:

Solid DAC involves removing CO2 using filters including magnetic sponges, zeolite foam, or materials made of clay or coffee grounds. However, in liquid DAC, the air is passed through liquid. The chemical reaction that occurs between liquid solutions results in either absorption of carbon dioxide or letting it separate out into solid crystals or flakes. 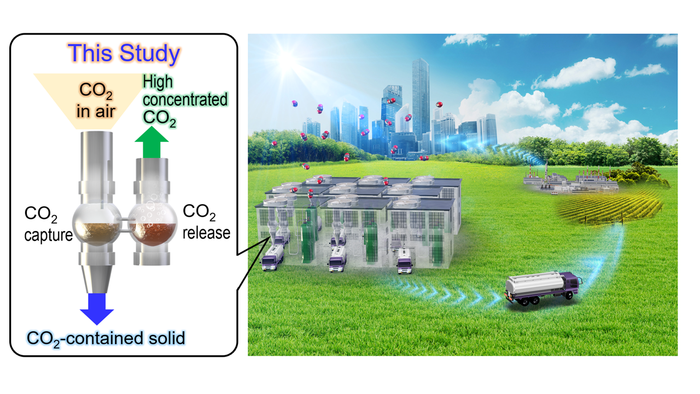 But the big drawback with these carbon capture technologies is their lack of efficiency.

Now in this study, researchers used a compound called Isophorone diamine (IPDA). Using this compound researchers achieved efficiencies of 99% while working with carbon concentrations of 40 ppm (parts per million). This new compound falls into the category, which is known as liquid-solid phase separation systems.

In this system not only the process to capture carbon is easy, but it is also very simple to release it. The precipitate requires very little heat for the carbon dioxide to be recovered. Moreover, the recovered liquid is reusable and can again be used in the carbon trapping process. As the procedure is at least twice as quick as previous devices, it is a thrilling new development for DAC.