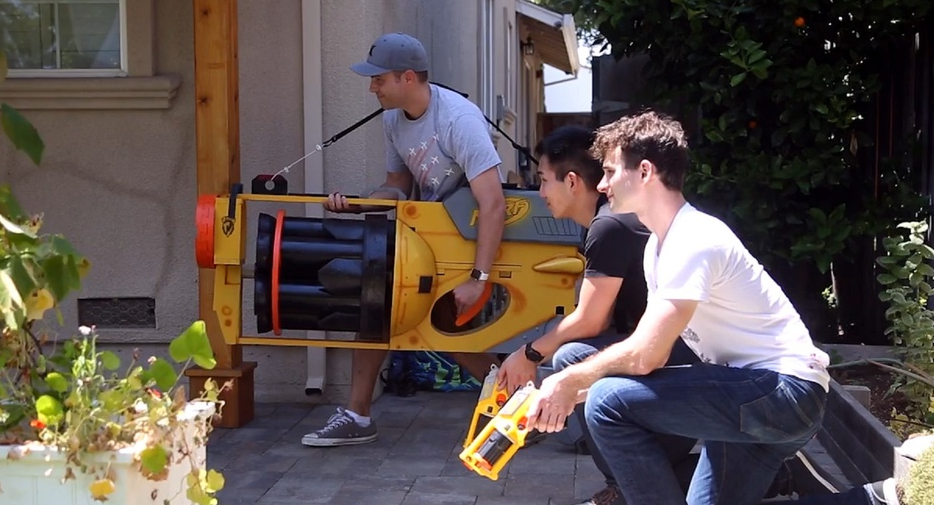 We’ve all been involved in intense Nerf gun wars at some point and time growing up, and if you haven’t then you haven’t lived!

But as we get older, Nerf guns just don’t seem to have the same luster, but YouTuber Mark Rober has created a game changer.

The world’s biggest Nerf gun features a 3000 psi paintball tank that shoots air into a firing chamber when the trigger is pushed forward, and effectively ends any Nerf war when brought onto the scene.

Incredibly, the gun works just like a traditional Nerf gun, requiring you to pull back the massive trigger to unleash fury on its victims.

Quadcopter Captures Amazing Video of 30 Dolphins
Phone Out of Juice? Yell to Charge It!