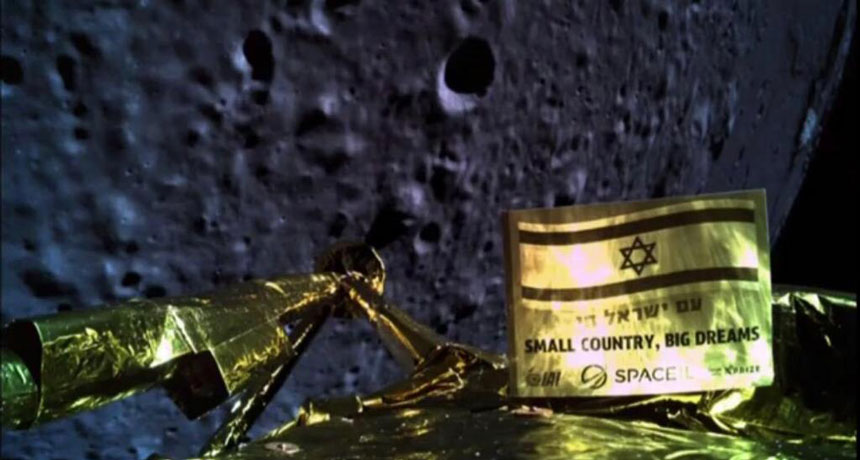 Beresheet, Israel’s first spacecraft, was scheduled to land on the moon on April 11. Instead, it failed and crashed on the moon’s surface because the engine stalled in the last few minutes of the descent. An Israeli nonprofit organization, SpaceIL launched the country’s first moon mission.

Israel’s mission was the first of this kind for the small country. Had it been successful, Israel would have become the fourth in the line of countries to complete a lunar landing.

How the First Moon Mission Went

Israelis launched the spacecraft in late February from Cape Canaveral in Florida. It orbited Earth and soon reached the moon’s orbit in early April. After several orbits around the moon, it detected the Sea of Serenity, a volcanic plain where it was set to land.

The $100 million worth spacecraft lost communication with the mission control during landing. Except for the issues in communication, the program managers noticed problems in the lander’s main engine.

Shortly before it lost contact, Beresheet was traveling at about 2,110 mph. It was 74 miles from the Sea of Serenity landing site. It crashed due to the engine failure and the speed it was traveling at.

The Primary Goal of Beresheet

As stated by Science News, “Beresheet carried a handful of scientific instruments onboard, including cameras and a device to measure magnetic fields. But science was only SpaceIL’s No. 2 priority for their small, scrappy spacecraft. The primary goal of Beresheet was a successful landing that would help create an “Apollo Effect” to inspire Israeli students to pursue science and engineering. The mission even inspired a children’s book, “The Little Spacecraft.”