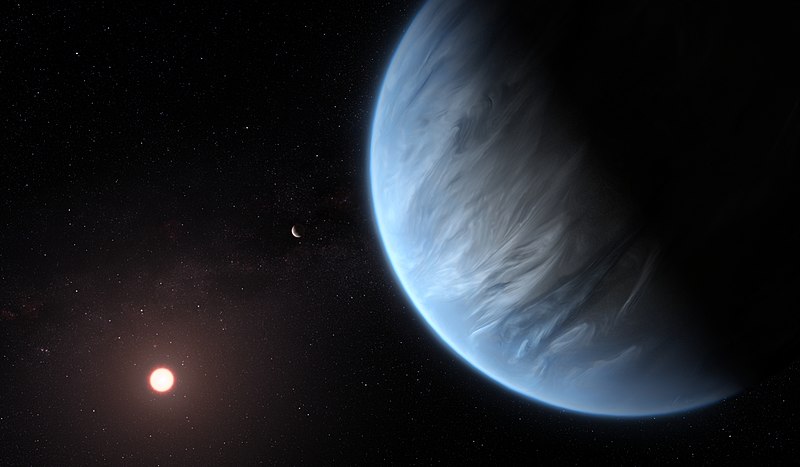 In a big breakthrough, astronomers have discovered potentially habitable super-world outside our solar system.

We have already discovered water in our galaxy in ice or gaseous form; however it is for the first time water is detected in liquid and gaseous form on an Earth-like exoplanet…making it one of the most promising places to search for life in the universe.

Known as K2-18b, it is the only known celestial body to have both water and temperatures that could support life.

K2-18b is located in the Leo constellation and is about 110 light-years away. It was discovered by the Kepler Space Observatory in 2015. Now NASA’s Hubble Space Telescope has discovered water vapor in its atmosphere.

K2-18 b is a “super-Earth,” that is a rocky planet larger than Earth. It is parked inside the ‘habitable zone’, meaning a spot in a star system where water could exist in liquid form.

Astronomer Angaelos Tsiaras, a co-author of the new study, said, “This is the first detection of its kind—a planet orbiting within the habitable zone—and the only [terrestrial] planet we know outside of our solar system that… has water in it,” he said, adding: “It’s the best candidate for habitability that we know right now.”

White Paper: Silicones Meet the Needs of the Electronics Industry