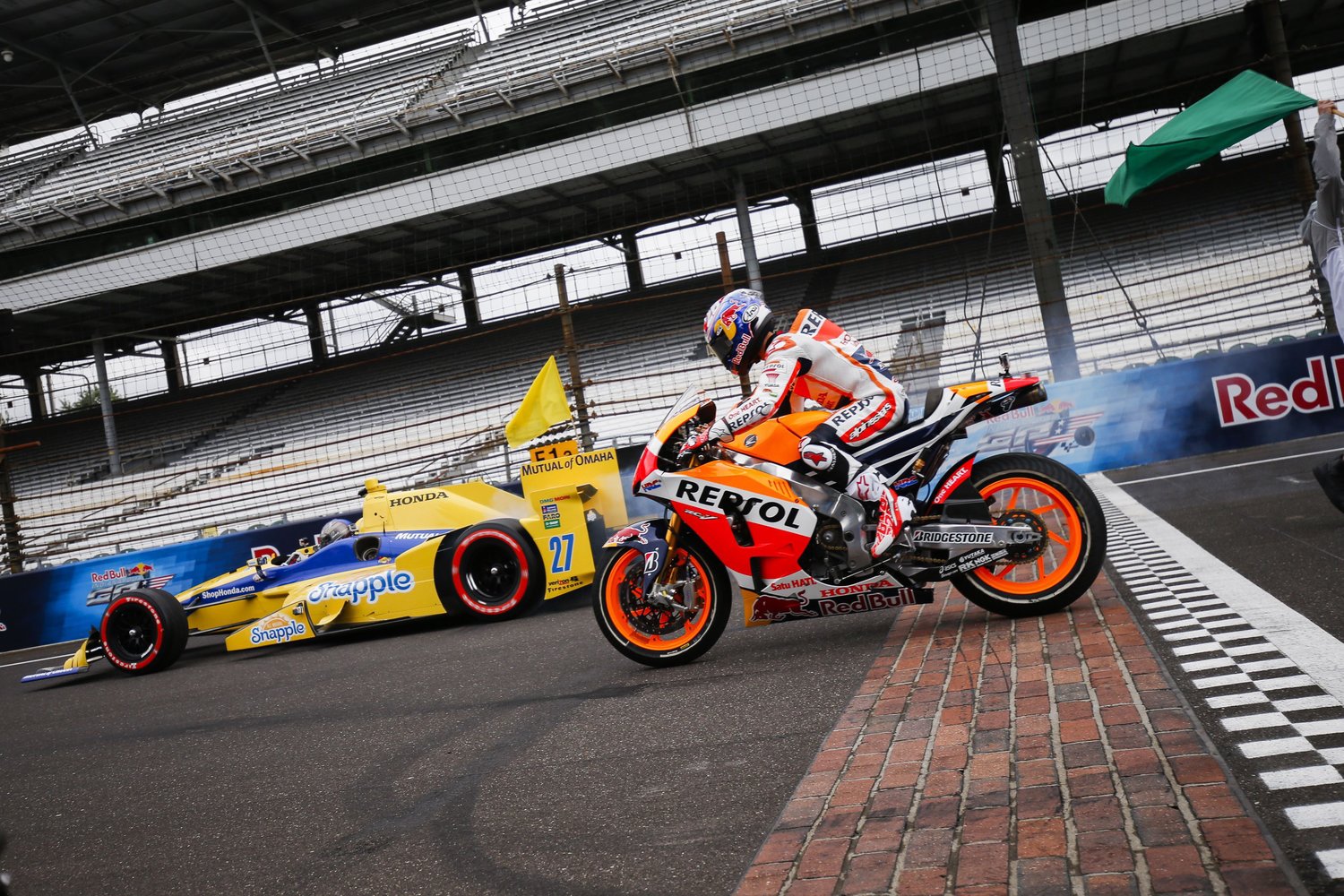 This might be more of a marketing ploy than a full-on race with both drivers giving less than their 100% effort, but it’s still fun to watch.

In the video below, MotoGP’s Dani Pedrosa goes up against IndyCar’s Marco Andretti at the legendary Indianapolis Motor Speedway.

Obviously, the race was released right before Sunday’s MotoGP race at Indy, so it was a good marketing idea, but I wish we could get a sequel with both guys going full speed.

It’s still a must-see video and has the potential to set a precedent for more cross-series races.