Car giant Audi is developing an ecological park in Germany called IN-Campus. Located near Audi’s headquarters in Ingolstadt, the new facility will be the future site to test green technologies for Audi’s cars.

The 43-year-old refinery with a major source of toxic pollutants created by heavy industry will be completely transformed into an environment-friendly modern space. Audi won the German Sustainable Building Council award for this revolutionary idea.

Works have been going on to clean up the polluted site since 2016 and should be done by the end of 2022, except for the cleaning up of groundwater which is likely to continue until 2028.

The treatment uses four different methods: treating the groundwater, air sparging, honeycomb excavation, and washing the soil downstream. The team that has been responsible for the remediation project has taken away 900 tons of heavy oil, 200 tons of volatile pollutants, and 220 lbs. (100 kg) of perfluorinated chemicals.

With the goal of a cleaner environment, the automotive technology park is under development on a 75-hectare site.

A commercial and industrial park will be built out of 60 hectares while the remaining 15 hectares will be restored to nature and landscape. Cariad, the software development arm of the Volkswagen Group has already moved in.

The new park is close to A9 Highway, the digital testing and development facility for self-driving cars. Audi will develop “First Mile” – a route for testing and developing 5G-based mobile applications and Vehicle Safety Center – a facility to perform automotive crash tests and establish future improvements.

This big project to clean up the IN-Campus site is one of the biggest environmental projects in Germany and has never been done before in Bavaria. The goal of the IN-Campus is to make it a zero-energy campus that uses solar power on the green roof of the Energy Control Center at first.

Even though the IN-Campus also gets green electricity from the local power company, the technology park plans for the self-generation of green energy in the future. The zero-energy strategy has more parts, such as more photovoltaic systems, waste-heat recovery, energy storage, and smart control systems. 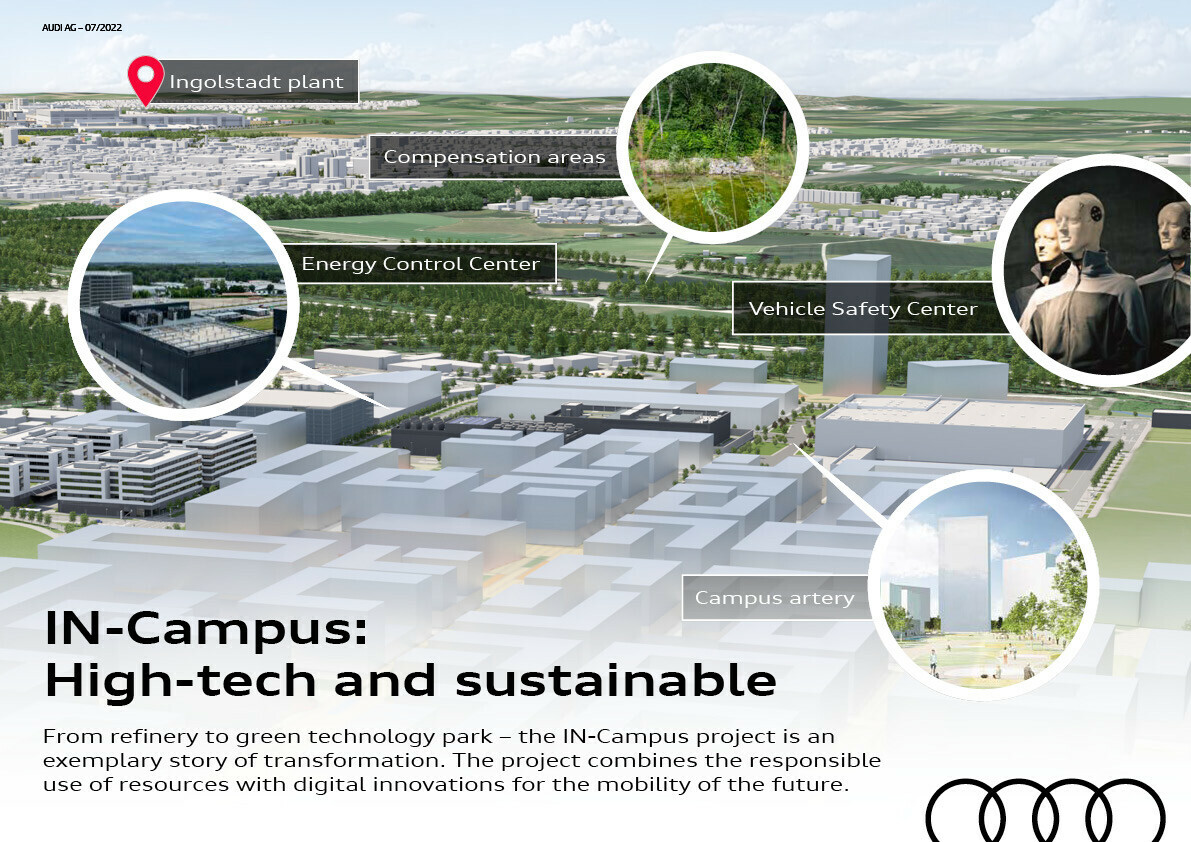