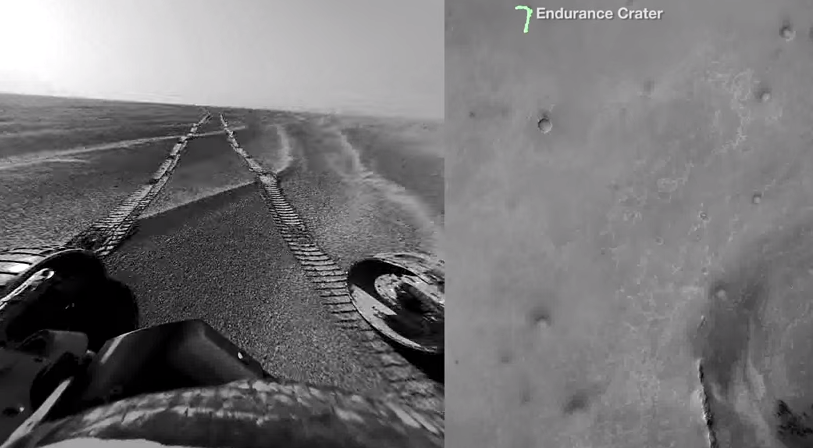 With all the hoopla surrounding the Mars Curiosity rover, people tend to forget about the Mars Opportunity rover that recently completed an entire marathon’s worth of traveling across the surface of Mars.

Lucky for us, the Mars Opportunity rover’s 11 year journey was just released on YouTube by NASA’s Jet Propulsion Laboratory, showings its voyage from January of 2004 to April of this year, when the rover hit the 26.2-mile mark.

For what it’s worth, loud noises mean off-roading and low sounds indicate smooth terrain the rover is riding on.

An 8-minute video covering an 11-year adventure on the Martian surface is absolutely fascinating, but the thought of humans inhabiting the planet sometime soon seems like a dubious task.