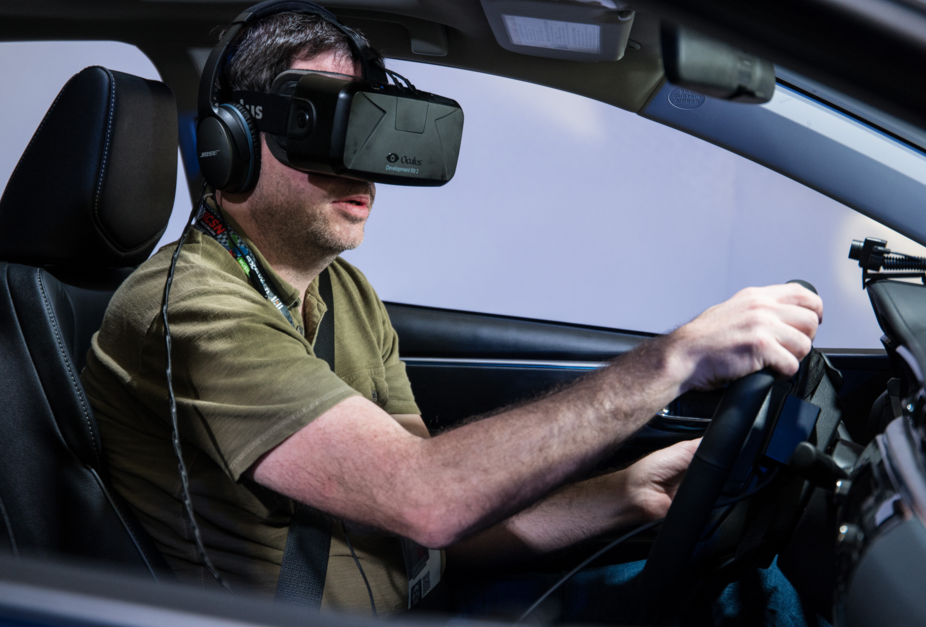 In late November 2015, Samsung started delivering orders for its Oculus-powered Gear VR headset, providing its customers the chance to experience the new technology. After fulfilling its sales and distribution responsibilities in the U.S., the company started taking orders from all over the world.

Similar to Google’s Project Cardboard, Gear VR relies on the functions of a smartphone, especially the late-model phones by Samsung, like Galaxy S5, Galaxy S6, Galaxy S6 Edge or Galaxy S6 Edge Plus. The Gear is equipped with a lens that helps hold the smartphone in its specified place. The Oculus VR’s software configures the content for the Galaxy’s high-resolution displays. Moreover, 25 games specially designed for VR Gear were released last month. The gear also supports Oculus VR’s Social alpha, which allows people to consume digital content in a shared space, through the VR meeting place, put in place by the gadget.

People who were lucky enough to get their hands on the gadget are raving about its performance and innovation.

One of the customers, Geoffrey A. Fowler, praises the Gear VR’s ability to provide an authentic graphic experience that will certainly draw the attention of the gaming community. He also said, “You won’t mistake what you see in there for reality — you can clearly make out pixels, like when you’d sit too close to an old tube TV. Yet using the Gear VR for a week, I frequently found myself getting wrapped up in its virtual worlds, for longer and longer stretches.”

Another user, although impressed with the apparatus and its ability to provide an alternate reality, complained about the addiction variable of the new innovation by saying, “I was lost in the world and yet, at the same time, terrified that at any moment a real person, waking up and heading for the bathroom or coming to ask for a glass of warm milk, might find me standing alone in the pitch black, shuffling around and grasping at air like a madman. I suddenly yearned for the ability to keep the real world vaguely in the background, a tether to reality.”

Gear VR is the harbinger of the success of VR technology, but the high cost can be one of the drawbacks that hinder its success. According to Rob Enderle, principal analyst at the Enderle Group, “If you make it cheap, the experience isn’t good enough, and high performance tends to be too pricey. The greater the benefits, the more that the cost becomes less of an obstacle. Samsung will have to prove that this is more than a gimmick for a select few consumers, and that most consumers can benefit from the technology. Thus far, VR has been around a few years now, and the combination of industry players have not yet demonstrated the benefit.”

He further added, “I actually think the Oculus Rift folks are doing a better job of thinking through all of the elements, but even they need more work on the human interface part of this problem.”

Man Able To Move His Paralyzed Hand Again Thanks To Brain Chip!