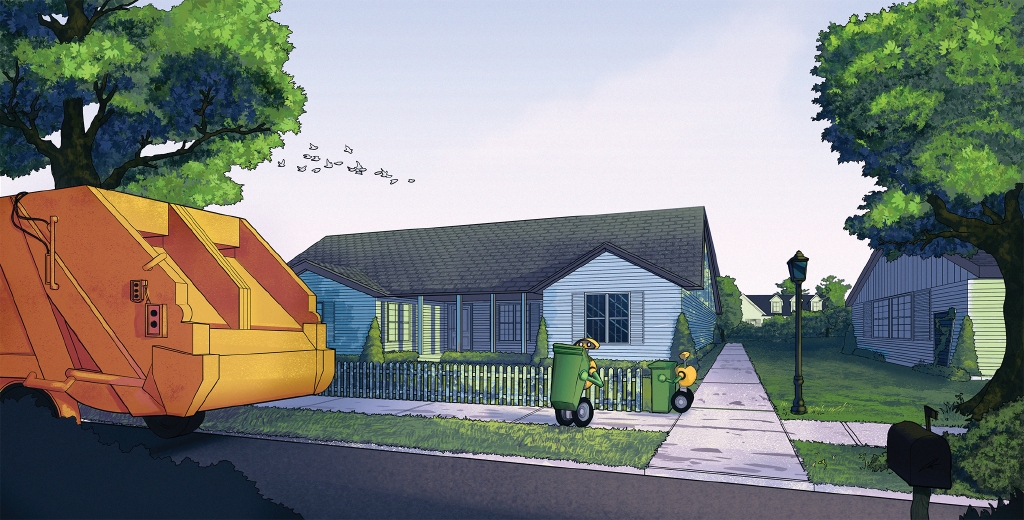 “Imagine a robot that quietly and discreetly enters your neighborhood,” reads the press release.

Honestly, they could have worded the description a little bit better because a robot quietly entering your neighborhood sounds creepy but stay with me here.

Essentially, Volvo wants to have two-wheeled bots “collect your refuse bin and empty it into the refuse truck … without waking the sleeping families and without heavy lifting for the refuse truck’s driver,” says the company.

To make the ROAR project happen, Volvo is teaming up with waste recycling firm Renova and three universities.

According to Renova, the technology will be tested on a vehicle it is developing for autonomous trash collection in the summer of 2016.