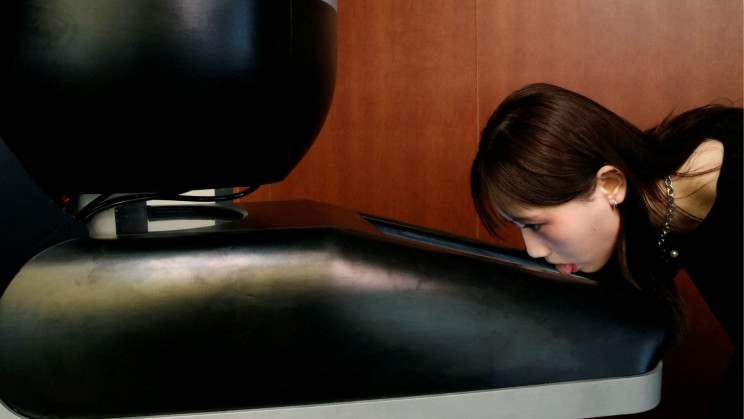 A Japanese professor has developed a prototype lickable TV screen that can mimic food flavors. Dubbed Taste-the-TV (TTTV), it is an important advancement towards establishing a multi-sensory viewing experience.

Developed by Meiji University professor Homei Miyashita, this lickable TV comes with a film that is said to be hygienic. It is laid over the TV screen to help people experience food flavors while sitting in their own homes.

Homei Miyashita, a professor at Meiji University in Tokyo, said, “The goal is to make it possible for people to have the experience of something like eating at a restaurant on the other side of the world, even while staying at home,”

It can also give people a novel way to interact with foods from around the world during the COVID-19 era.

It employs a carousel of 10 canisters (including sweet, sour, spicy, and savory) that are released in combination to mimic the tastes of particular foods. Then, the flavor sample rolls on hygienic film over a flat TV screen for the viewer to lick.

Miyashita built the prototype over the last year. He estimated that building a commercial version would cost him roughly 100,000 yen ($875).