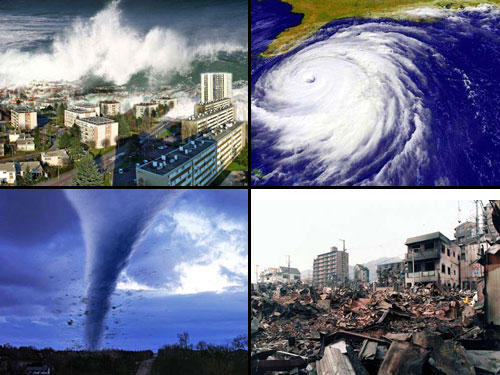 Engineers are studying the planet’s structure and dynamic natural systems including earthquakes, volcanoes, landslides, tsunamis, floods and tornadoes. Avalanches, fires, hurricanes and thunderstorms are also being studied. If it is true that the world’s atmosphere is becoming more turbulent and unpredictable it will be important to come up with ideas and methods to minimize or prevent damage to life and property.

Geologists study the structure of the earth and develop models  to learn about continental drift and to simulate faults in the Earth’s crust.  They also study the causes and types of volcanoes and learn about eruptions and the changing of a mountain’s shape. Landslides, the result of gravity, have been a source of many adverse events across the world and engineers study debris chutes, gravity, friction, and various kinds of materials involved in these events. Using simulations they learn about how landslides start.

Engineers also study tsunamis using tsunami generators to test structures of different materials against the force of waves. Causes of floods and their potential for disaster are also studied. Scientists are studying the characteristics, damage, and occurrence of tornadoes and examining vortices of various kinds to learn about how tornadoes start.

IndustryTap recently interviewed Kerry Emanuel, Professor of Atmospheric Science at MIT, who admitted that hurricane science is still in its infancy, and much of human attempts to understand the complex phenomena of nature are just getting out of the starting gate. The development of computers over the last 30 years is just beginning to give scientists the tools they need to begin modeling complex processes.

How To Build Structures & Systems To Withstand Extreme Events

By better understanding extreme events engineers will be able to prevent or minimize their harmful effects. Improved techniques and materials will lead to stronger structures, a reduction of injuries, casualties and damage from powerful natural forces. Using science and math engineers build specialized instruments and computer programs to detect extreme events and estimate their location and severity.

IndustryTap has written about Katrina, Sandy, the Japan’s tsunami and other costly events and the financial impact is becoming so great that governments and the insurance industry, among others, are keenly focused on improving our understanding of extreme events and preventing or minimizing their impact.

The following video shows the Japan tsunami from 2011.