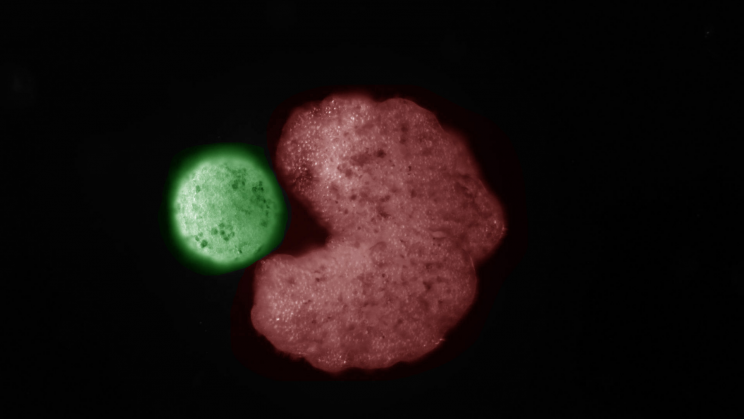 Last year, scientists created the ‘xenobots,’ a new form of life using the stem cells of the African clawed frog. To make the xenobots, scientists scraped the living stem cells from frog embryos and left them to incubate. These xenobots were modeled to self-assemble, move together and self-heal.

Now a team of scientists from the University of Vermont (UVM) and Tufts University in Massachusetts has discovered that these xenobots can release “babies” that look and move like them.

Something that was never been observed before!

Scientists were surprised to find out that these cells have figured out an entirely new way to reproduce, different from any animal or plant known to science.

But like all living cells, these robots would begin to die after a few days they were manufactured. So, the scientists attempted to get the organism itself to reproduce.

The team turned to artificial intelligence and billions of shapes were tested to determine the ideal shapes of xenobots that might generate the most offspring. The supercomputer predicted that the C-shaped clusters would give rise to most generations.