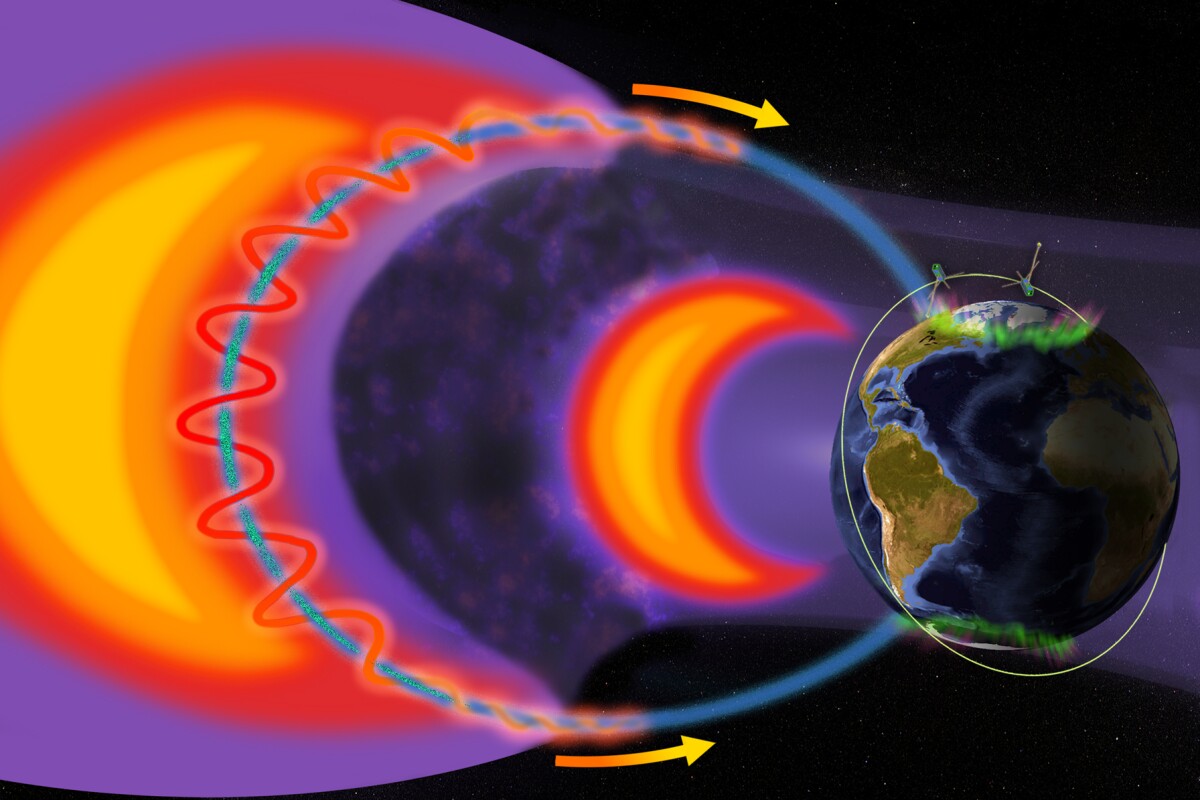 Researchers at UCLA have discovered a new source of super-fast, energetic electrons raining down on our planet. Researchers fear that these events could affect satellites, damage the spacecraft or affect the health of astronauts.

The electron precipitation is not a new thing. This downpour of electrons contributes to dazzling auroras and is not problematic most of the time.

The scientists determined it was due to the “whistler waves”. These waves are electromagnetic waves that energizes the electrons in the plasma resulting in their “spillover” into the atmosphere.

Researchers made these observations using ELFIN, a pair of tiny satellites. Using the ELFIN satellites the team detected and measured electron rains. However, they measured whistler waves using data from NASA’s THEMIS satellites.

Xiaojia Zhang, lead author and a researcher in UCLA’s Department of Earth, planetary and space sciences, said, “ELFIN is the first satellite to measure these superfast electrons. The mission yields new insights due to its unique vantage point in the chain of events that produces them.”

“Although space is commonly thought to be separate from our upper atmosphere, the two are inextricably linked,” said Vassilis Angelopoulos, principal investigator at ELFIN. “Understanding how they’re linked can benefit satellites and astronauts passing through the region, which are increasingly important for commerce, telecommunications, and space tourism.”