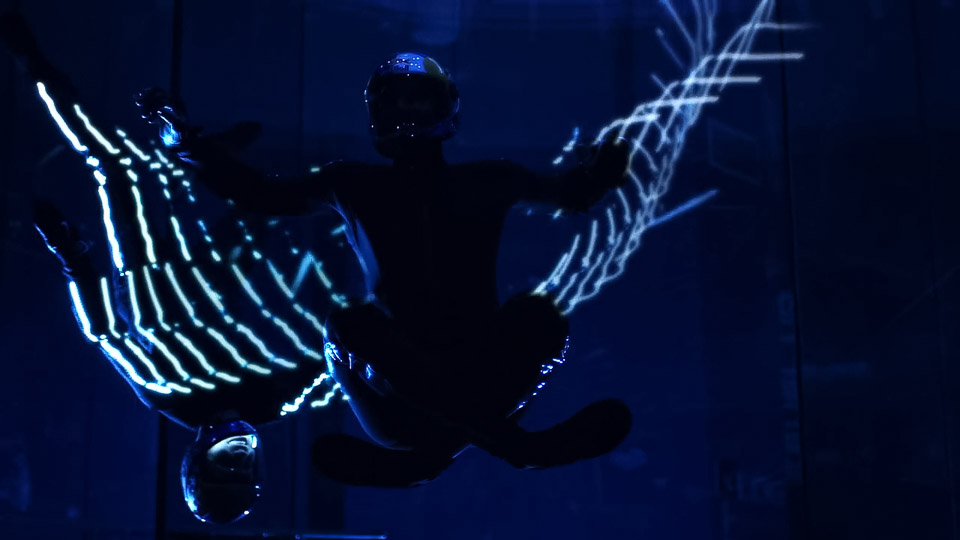 High-speed wind tunnels are one of the coolest things on Earth.

The ability to feel like you’re skydiving while not having to actually jump out of a plane thousands of feet in the air is a pretty sweet deal.

Now, just imagine being a Red Bull athlete equipped with LED light suits and a free high-speed wind tunnel to experiment with.