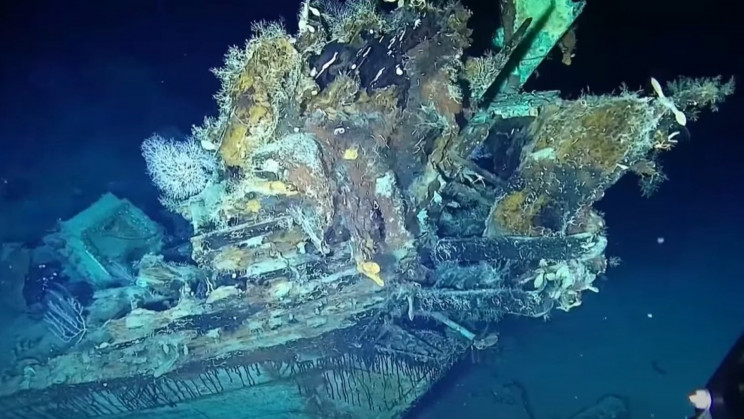 The Colombian National Navy recently released the images and videos of the wreck of Spain’s San José treasure galleon. The 18th-century ship was sunk by British navy ships in 1708 during the war of the Spanish Succession. It was loaded with a vast cargo of treasure, but location of the shipwreck was unknown for nearly three centuries.

The 64-cannon San Jose Galleon had around 600 people on board and was carrying at least 200 tons of gold, silver, and jewels, worth an estimated up to $17 billion at today’s prices.

Although the ship was discovered in 2015, its precise location was kept a secret to deter treasure hunters

Colombian navy used remotely operated underwater vehicle (ROV) to examine the wreck at an approximate depth of 3,280 feet off the Colombia’s Caribbean port of Cartagena. Earlier this month, it released the images of the remarkably preserved shipwreck on the seafloor