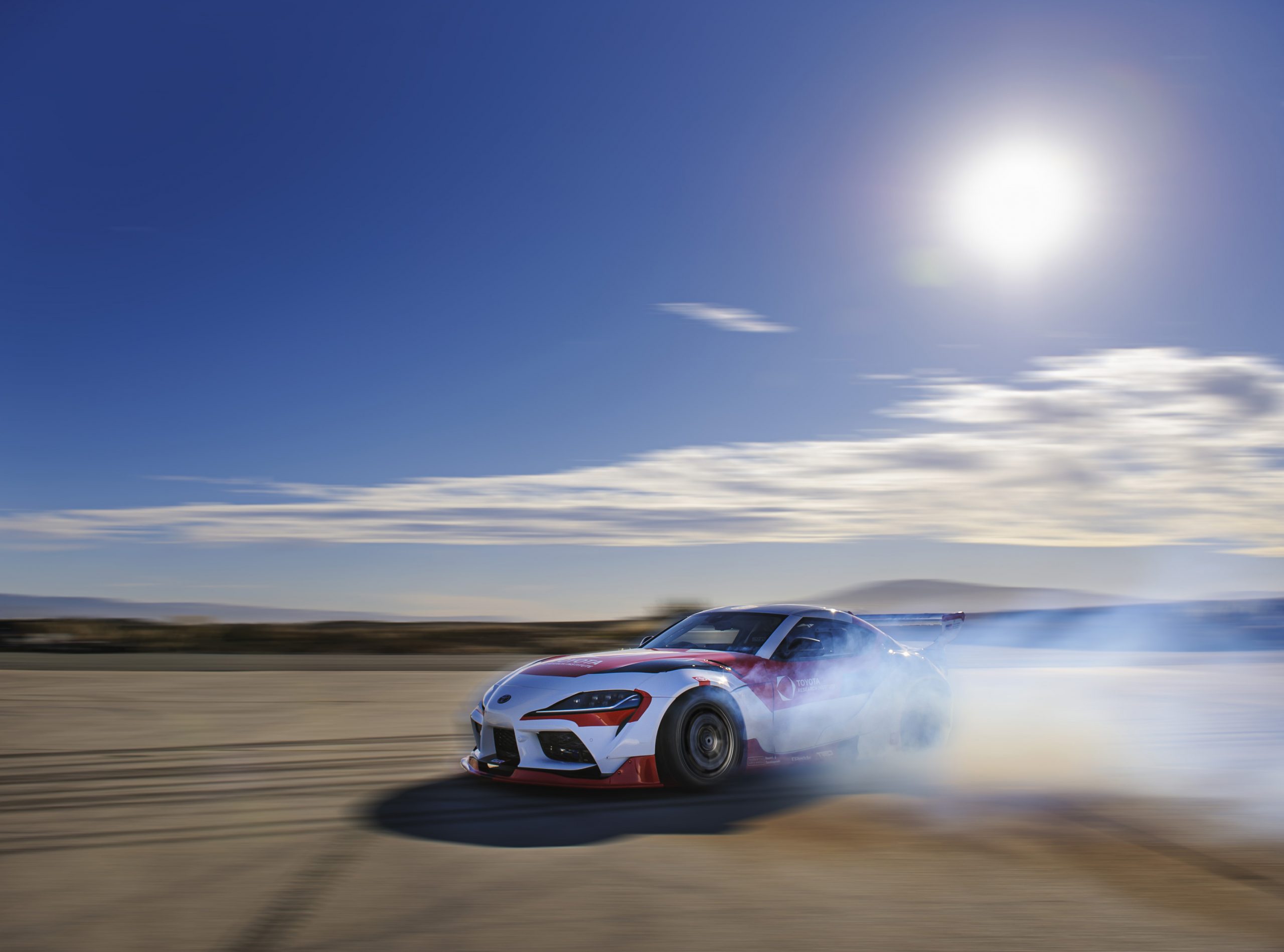 Toyota may not have been the first carmaker to present an autonomously driven vehicle, but it just became the first in the world to create one that is drifting without a driver. The experiment involved a special version of the Supra, a model that was designed with drifting in mind, and praised for its lightweight body and pure rear-wheel-drive handling backed by a very “alive” engine.

The car was specially tuned for purpose and taken at the Thunderhill Raceway in California, where it gracefully slid from corner to corner on its own.

To achieve this, Toyota’s engineers fitted the car with a Non-linear Model Predictive Control (NMPC) unit that obtained information about the car’s motion dynamic status and an array of sensors at a rate of 250 Hz. This system creates a closed driving control loop based on feedback and minor adjustments, and surprisingly, it works pretty well.

This feat was impressive because most autonomous driving systems are constrained to the upper limit of the tire’s grip and cannot possibly drive beyond it, let alone achieve a kinetic balance and retain control even when the car is skidding with high velocity.

If you’re wondering why Toyota even bothered with this peculiar experiment, the answer is simple, and it’s safety. Autonomous cars can face slippery roads or other unpredictable conditions such as an oil spill. Toyota’s autonomous cars of the future could retain control in extreme cases that would challenge even professional race drivers, staying on the road even without or with very little tire grip.

For the near future, such systems could be added on existing car models that are still driven by humans, in the form of next-gen driving aids. As such, they could perform life-saving interventions and precise maneuvering in cases where the driver loses control of the vehicle and other safety systems such as traction control aren’t enough to handle the situation.