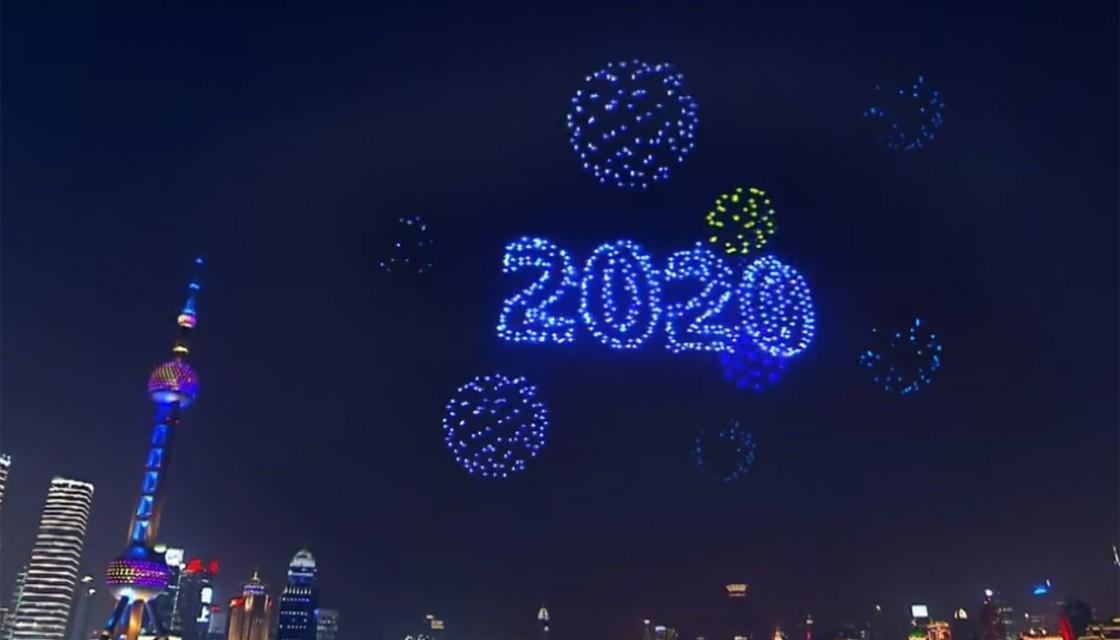 China’s largest city Shanghai replaces traditional firework display with thousands of synchronized drones to celebrate the New Year. About 2,000 drones, controlled by a central computer flew above the city creating shapes, text and even the figures.

Equipped with multicolored lights, these synchronized drones assembled in midair. They created a spinning globe, a running man and a traditional midnight countdown. The countdown was also performed by the drone swarm above the Huangpu River.

State-run media outlet CCTV said the running man configuration illustrated “the huge changes and glorious achievements Shanghai has made in the past 40 years of reform and opening up”.

Great initiative by Chinese to find an alternative to fireworks, which are not only the source of noise and air pollution but can also, be a fire hazard.

Several Australian cities had canceled their traditional firework displays, considering the worst Australian bushfire. In this forest fire, 18 people have already lost their life, and thousands of houses have been destroyed.

However, Sydney’s decision to celebrate New Year with its traditional multi-million dollar proved controversial. Over 250,000 people signed a petition to cancel the traditional display. One person tweeted:  ‘My parents are without power, their town is cut off, and the southerly is blowing another fire towards them. A fireworks show feels like a huge slap in the face.’