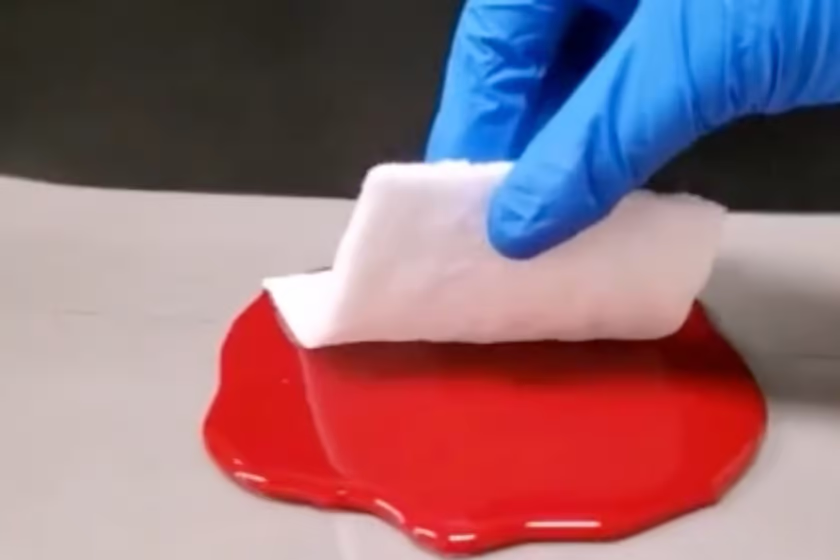 Cleaning spillage during cooking or from the dining table can be messy. We rush to grab paper towels or rags to clean up the mess but most often just one is not enough, we need another one and another after that.

But the problem is they don’t absorb as much as we would like them to. Also, we are sacrificing lots of trees on this most fervently consumed household item on the market.

A team of researchers from the University of Maryland has designed a flexible hydrogel sheet that could become the kitchen towel of the future.

Hydrogels can soak up large amounts of liquid and retain them once wet, but they don’t work very well to wipe up a spill. Because of this reason, they come in the form of pellets or powders but not as a flexible sheet like a towel.

So, to concoct hydrogel with the convenience of paper towels, Srinivasa Raghavan, a chemical engineer at the University of Maryland and co-author of the research created “gel sheets”.

Researchers first combined acetic acid, acrylic acid, and acrylamide to produce a fizzy reaction. This foamy hydrogel was later dried into a thin sheet that the team was able to fold and even cut with scissors.

Hydrogel sheet comes with a myriad of potential advantages

The hydrogel sheet is far more efficient than a typical paper towel. This sheet absorbed 25 ml of water in just 20 seconds in the lab, whereas a paper towel could only absorb about half the amount after 60 seconds.

The gel sheet could also be utilized to make more effective bandages for hospitals due to better absorption power to suck up substances like blood. The gel sheet was made out of inexpensive and easily accessible materials.