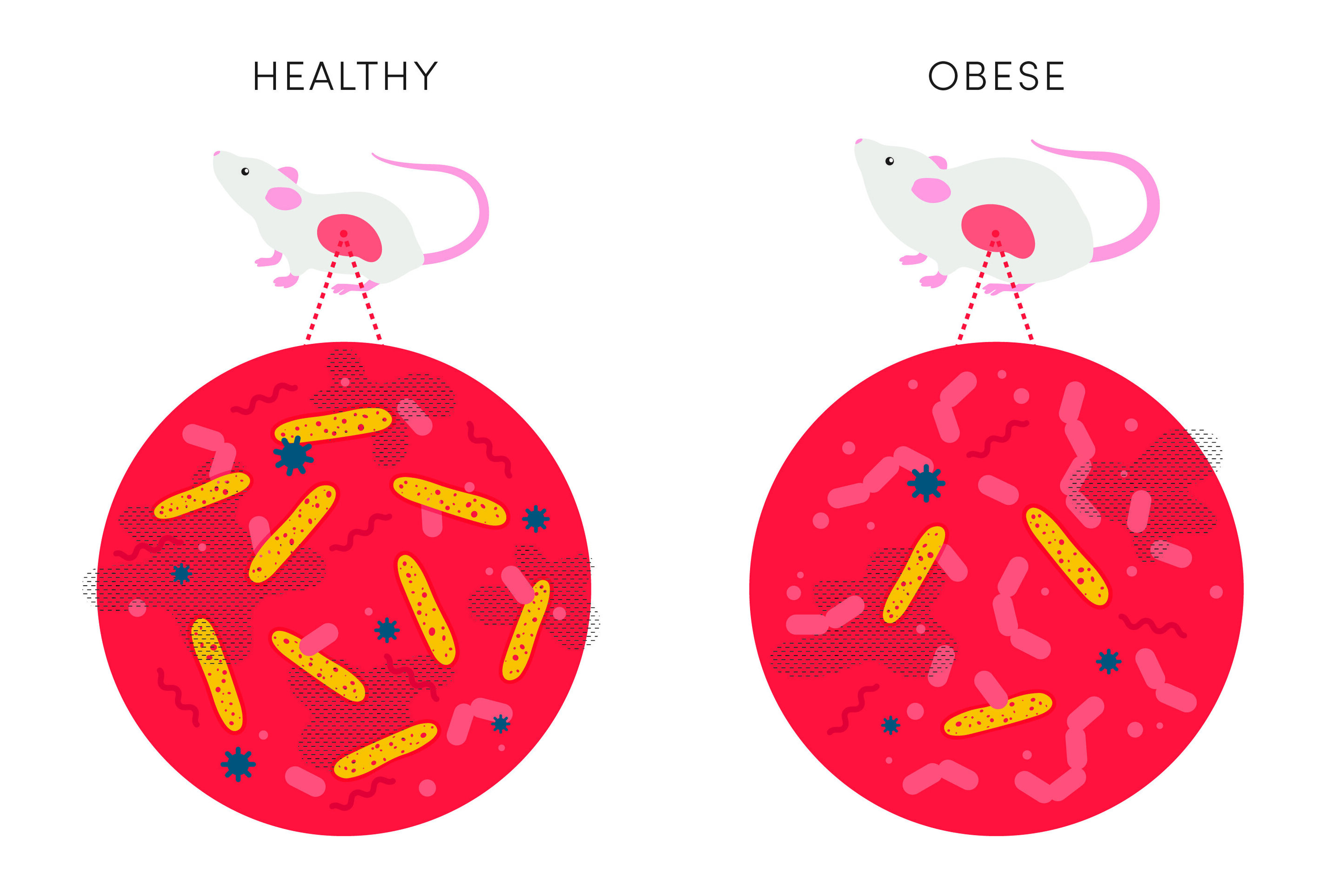 Obese mice have less of a class of bacteria called Clostridia in their gut than healthy mice. Credit: Luat Nguyen/ University of Utah Health

What is obesity? How is it measured?

Obesity can be described as one having an access of weight or body fat based on the Body mass index (BMI). Doctors use the BMI module to assess if a person is obese by using weight, age, sex, and height.

A study paper recently published reflected on the following:

“Obesity is influenced by inflammation, not just by overeating and lack of exercise, and this study suggests that reducing inflammation promotes ‘good’ bacteria that can help maintain a healthy weight,” explains senior study author Jenny P-Y Ting.

Numerous scientists are running tests with mice and all results indicate that an imbalance in the gut bacteria leads to obese mice. Scientists narrowed the responsible bacteria down to the two following classes:

In the studies conducted, it was clearly observed that the Desulfovibrio bacteria was more dominant, causing inflammation in the gut thus allowing fat to be absorbed into the body (more energy needed by the body).

In further tests conducted, results indicated that mice genetically bred without the Clostridia bacteria and exposed to the same living environment as normal mice, showed signs of weight loss due to the absence of the Desulfovibrio bacteria.

Initial observations recorded on studies done on humans indicated the same imbalance that was observed in mice and a reduced count of Clostridia bacteria.  It was also noted in humans that a dysfunctional immune system resulted in diabetes and obesity.

June Round, co-senior author, admitted that they are still in the early days of research but had the following to add:

“We’ve stumbled onto a relatively unexplored aspect of type 2 diabetes and obesity,” says Round. “Now that we’ve found the minimal bacteria responsible for this slimming effect, we have the potential to really understand what the organisms are doing and whether they have therapeutic value.”

Hit and Run Cases: How to Protect Yourself!