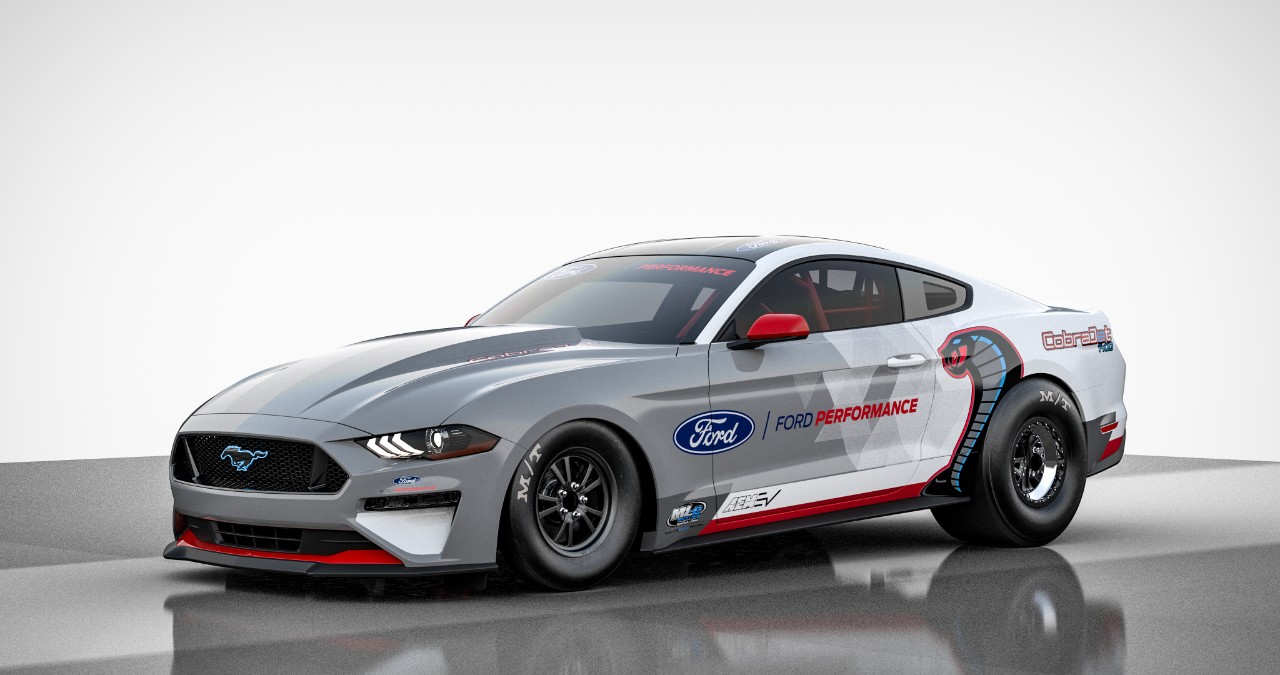 Ford has just unveiled the new “Mustang Cobra Jet” as the successor of the original “428 Cobra Jet” that came out in 1968.

The old one was a powerful dragster legend sporting 335 horsepower that came out of a melodic V8 engine. The new one though is an all-electric monster machine that packs 1400 hp and can do the quarter of a mile in about eight seconds. Ford says the Cobra Jet’s system can output over 1,491 Nm of torque, and the best part is that it can deliver it immediately.

This is one of the benefits of using an electric motor instead of an internal combustion engine, and it was well overdue for “Ford Performance Motorsports” to explore this territory.

Of course, this is not a car that will be made widely available, but neither is it just a showcase of what’s possible. Ford will make 68 electic Mustang Cobra Jets, and will also enroll the car on top drag racing events that will take place later in the year. For now, Ford’s Motorsports division is working together with the Mle Racecars, Watson Engineering, Cascadia, and AEM EV, to test out the prototype and get it prepared and ready for racing.

No other technical details about Ford’s brand new and purely electric Cobra Jet have been made known thus far, so we can only dream about what it feels like to silently whoosh from the starting line to the end of the quarter mile in just eight seconds, with humongous amounts of torque rotating your real axis wheels, and the top speed reaching 170 mph (273.5 kph).

This is surely the most powerful and quickest electric drag racer that we’ve ever seen. Considering the various concessions that one is allowed to make when building a race car (ie range), we’re pretty sure it won’t be the last.