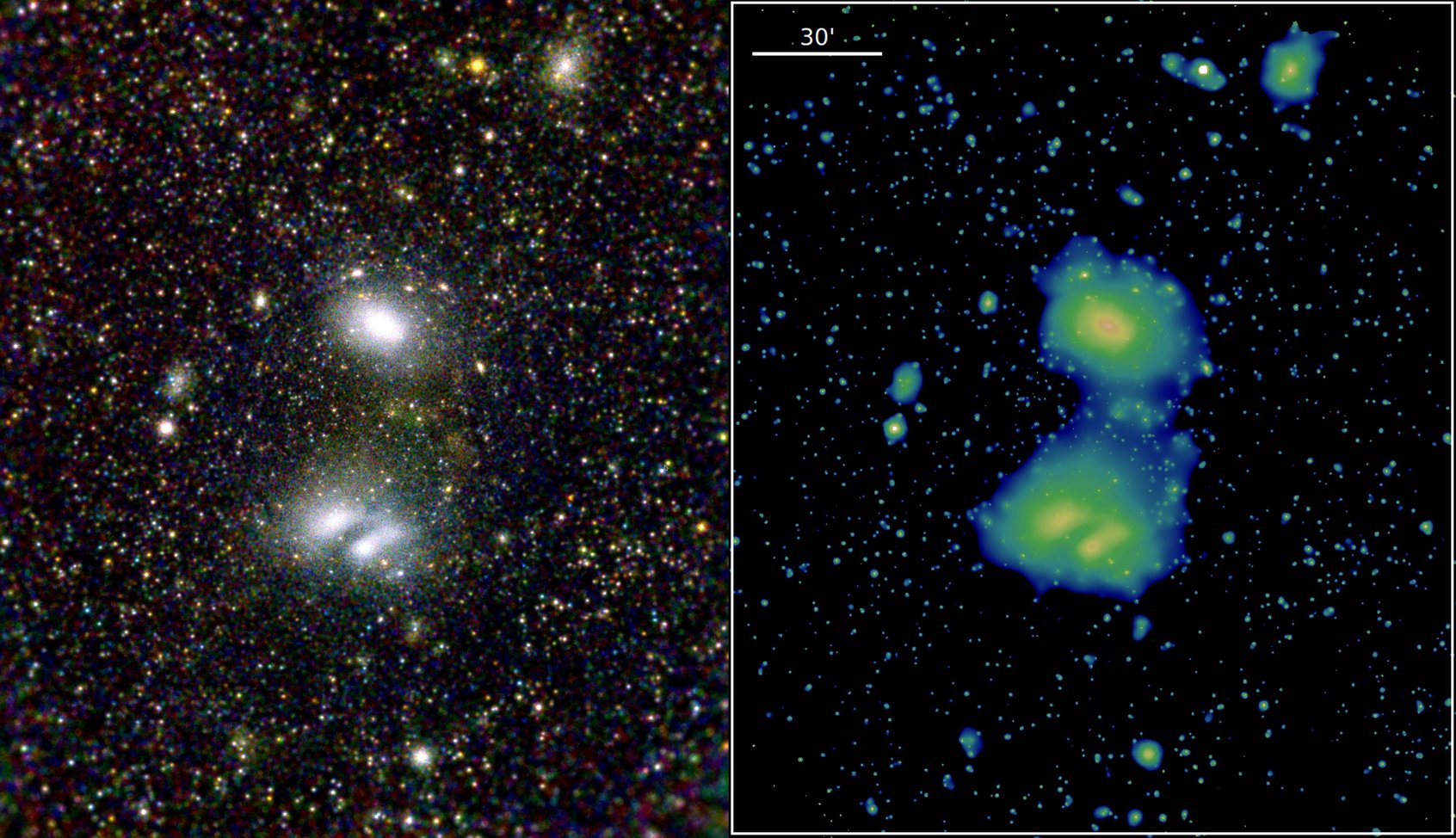 “Observations with eRosita promise a breakthrough in our understanding of the energetic universe.”

We just saw the first light from eRosita, the deep space X-ray telescope that Roscosmos launched on July 13, 2019. The excitement about its perfect working condition was quickly outdone by the first stunning images that it beamed back home, and we’re just getting warmed up here. The first composite images that were published by the Max Planck Institute for Extraterrestrial Physics show two interacting clusters of galaxies that are at a distance of approximately 800 million light years from planet Earth.

Miriam Ramos: Spectacular images of the Abell 3391/95 cluster pair, with a bridge of material between them, confirming the two systems are interacting. #erositafirstlight #erosita pic.twitter.com/NJ2JQ6cPZC

The mission is a collaboration of the German and Russian space observatories, and it’s scientific goal is to map the observable universe over the next four years.

The seven X-ray detectors of the eRosita telescope are capable of unraveling the mysteries of trace remnants of distant supernovas, binary stars, galaxy clusters, and massive black holes. More specifically, the eROSITA will survey the distant space to detect about 100000 galaxy clusters, three million active galactic nuclei, and 700k Milky Way stars. That said, the cosmological importance of the mission is particularly great.

The anticipation for the delivery of the first images was very high, as some events which the researchers couldn’t interpret led them to believe that some of the instruments may have been damaged. With the data that arrived now, all worries were dispersed, and all of the seven cameras were determined to be working as expected. The same applies to the power system and electronics, where the diagnostics revealed nothing abnormal.

What all this means is that we should expect more deep-space awesomeness from eRosita very soon.