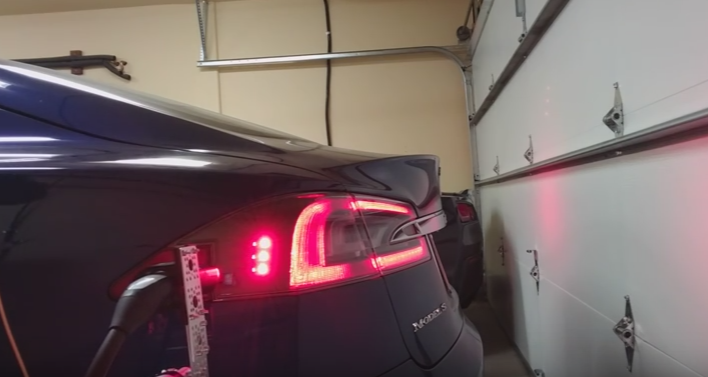 A Tesla owner too lazy or too smart to charge his own car has developed a super slow, yet working autonomous charging system for his Model S.

It’s tedious, taking a little bit over one minute, but as you can see in the video, the autonomous charging system gets the job done.

We haven’t heard much about Elon Musk’s comparable prototype which he teased back in 2014, so, for now, the “Evtron,” as inventor Deepak Mital calls it, is as close as we’ll get to Musk’s creepy snake charger.

Mital’s autonomous charging system, which is controlled by a Raspberry Pi, works simply by slowly but surely sliding towards the Model S charging port.

At the moment, Mital plans on offering his idea to others. That is until Tesla creates their own or releases the prototype from a few years ago.