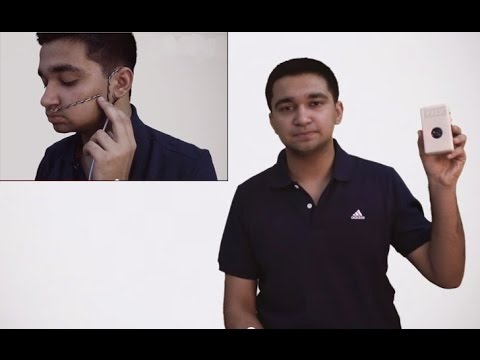 A high school student from India, who is only 16 years old, has invented a device called ‘TALK’ that uses signals from a person’s breath to convert them into speech. This device can give a ‘voice’ to millions of people around the world suffering from a speech impediment.

About the device: TALK is an Augmentative and Alternative Communication (AAC) device which is cheap and portable, and is aimed at helping speech impaired and paralyzed people in their communication process. Unlike a similar device invented by Stephen Hawking, which was very bulky and costly (about thousands of dollars), Arsh Shah Dilbagi’s device achieves the same thing, but at a mere cost of $80.

How it works: A small microphone and microprocessor combination is placed under a user’s nose. This device then uses signals from a person’s breath via Morse code, picked up by a sensor, and then converts them into speech.

The user spells out words in Morse code by expelling two types of breaths into the device, with different intensities and timing. A microprocessor then interprets the breaths into dots and dashes. This way it changes them into words.

TALK is very easy to use, is comfortable, affordable and it comes with 9 different voice options for gender and age variations. TALK has been nominated for Scientific American’s Science in Action award and a Google Computer Science Award.