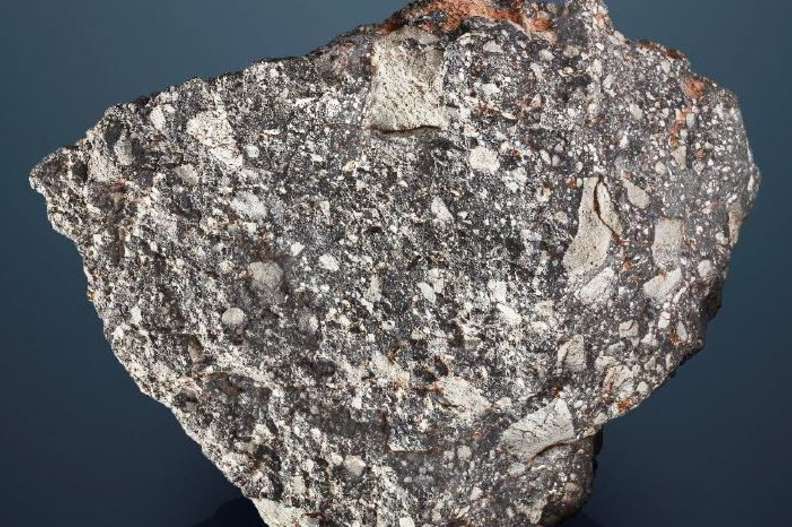 If you’re looking for an “out of this world” purchase…a lunar meteorite is up for sale. One of the Largest Moon Rocks Found on Earth goes on private sale at Christie’s.

The moon rock (also known as NWA 12691), weighing over 13.5 kg, was found in the Sahara Desert two years ago. Most likely this lunar rock was struck off the surface of the moon by a collision with an asteroid or comet. The lunar rock was discovered in 2018. It has been valued at a cool £2 million ($2.49 million).

Much larger than anything returned by the Apollo astronauts, NWA 12691 is about the size of a football.

James Hyslop, Christie’s head of Science & Natural History said, “I’ve been lucky enough to handle a few lunar meteorites at Christie’s over the years, but every time I see this specimen in the warehouse the sheer size of it bowls me over. Weighing over 13.5kg, it is so much larger than anything else that has ever been offered before. The experience of holding a piece of another world in your hands is something you never forget.”

Meteorites are rare and only one in a thousand meteorites originates from the Moon. That is the reason why moon rock is among the rarest substances on Earth. Moreover it had to travel at least 384,400 km (238,900 mile) journey through space to reach Earth.

Diego, the Casanova Galapagos Giant Tortoise, Single-Handedly Saves His Species From Extinction
The America’s Cup Pushes Sailboats to Record-Breaking Speeds
Why Photovoltaic Cells Can’t Stay Out of the Headlines