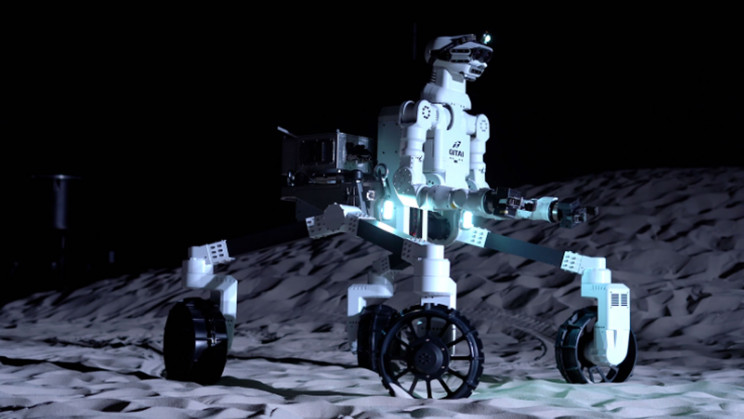 The robot was built and designed by GITAI in collaboration with JAXA (Japan’s space agency). Recently the robot was successfully tested under realistic conditions, on the surface reflecting the Moon’s plain and its specifications.

The robot not only successfully roved across the uneven terrain but also managed to collect objects on the ground using its clamp-like hands. In tests, the rover was able to overcome medium-sized obstacles and also climb at rated slopes of 15° to 20°. Moreover, it also assembled the base structure for a solar panel.

GITAI has developed this robot for performing general-purpose tasks in space such as exploration, mining, inspection, maintenance, or assembly. The company is planning to take its technology to the actual lunar surface sometime by the mid-2020s.

Sho Nakanose, CEO of GITAI, said, “Our goal is to achieve success in the commercialization of space robotics and thereby reduce the cost of space labor to a one-hundredth,”

“We believe our success will contribute to true space commercialization.”