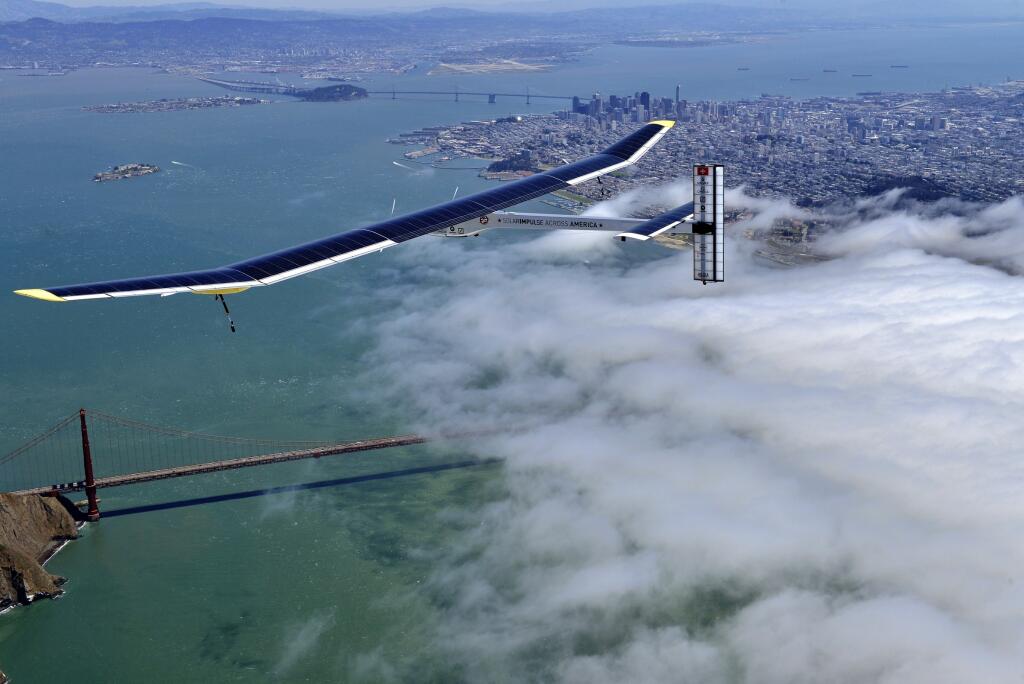 Following on from our previous reports, the Solar Impulse plane has taken off for its first cross US flight. The entirely solar powered plane, which uses no fuel, has been making several advancements in recent months with various successful test flights. This will be its biggest test yet.

The plane took off from San Francisco and will make a handful of stops in Phoenix, Dallas, St Louis, Washington DC and New York.

The Solar Impulse uses no fuels so it emits no harmful pollution and relies on 12,000 small solar panels on the plane to power its flight. If successful, the flight will be a huge advancement for aviation and solar power.

Manufacturers of the plane have previously stated the Solar Impulse will do more to enhance solar power on a wider scale, rather than aviation as the plane is still very much in the minor stages and is far away from commercial flights. However, significant small steps for the manufacturers are proving to work best.

“You should see this like being in 1915 when the pioneers were trying to do these first cross-country flights – still unable to cross the ocean, but an important step for the development of aviation,” said Andre Borschberg, the co-founder of Solar Impulse when interviewed by the BBC.