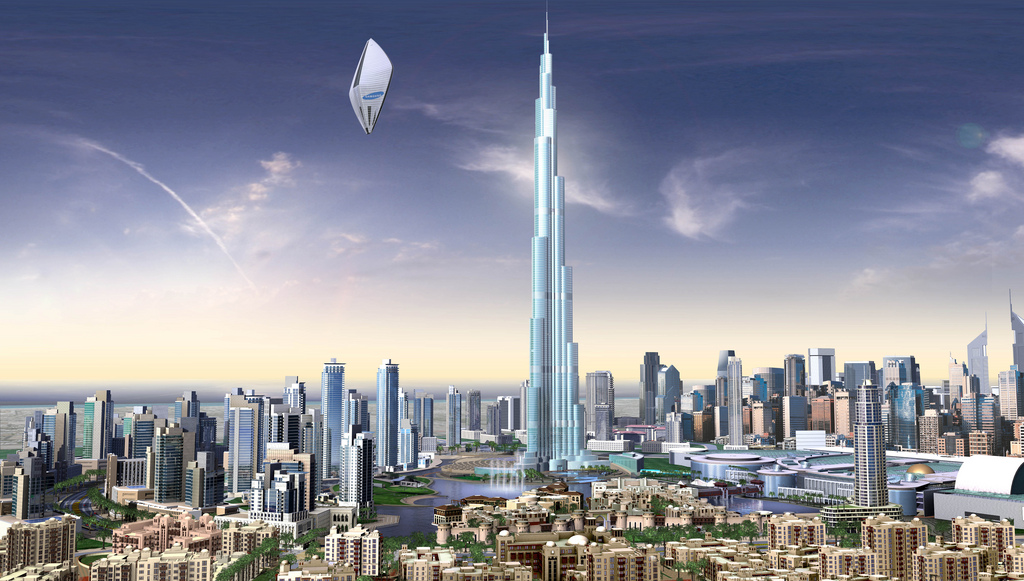 In a recent IndustryTap article we looked at how a new type of metal rope will allow elevators to go higher than ever before while being more energy efficient and safe. This technology was used in the Burj Khalifa building, currently the world’s tallest, in Kuwait, which stands 2,716.5 feet (828 m) tall.

In a “Game of Thrones” for the tallest building in the world Kuwait, Dubai, United Arab Emirates, Miami, Shanghai, Saudi Arabia,and India, among others, are all planning buildings higher than 1 km with the largest being 6,076 feet or 1,851 m (1.8 km). Following are three of these projects:

In order to break the height record of the Burj Khalifa, architect Eric Kuhne of the UK will use three interlocked towers for Burj Mubarak al Kabir in Kuwait, which will rise to 3,284 feet (1,001m), the first building to break the 1 km barrier.

Miami, USA is planning a 3,000 to 3,300 foot (1,006 m) skyscraper to be built west of Miami Beach and east of downtown Miami. The project is projected at $22 billion and will include an amusement park, luxury condos, office space, a performing arts center and a marina. Miami leaders believe the structure will bring in $1 billion per year in tax revenue.

Italian architect Omero Marchetti is founder of the Millennium Challenge 1852 project. The shape of the building, as you can see in the picture below, is necessary in order to avoid structural problems. Right angles and perpendicular elements are not suitable and instead a hexagonal structure combining high volume with low weight is planned instead. Marchetti says the project will be sustainable. A local has not been chosen yet.