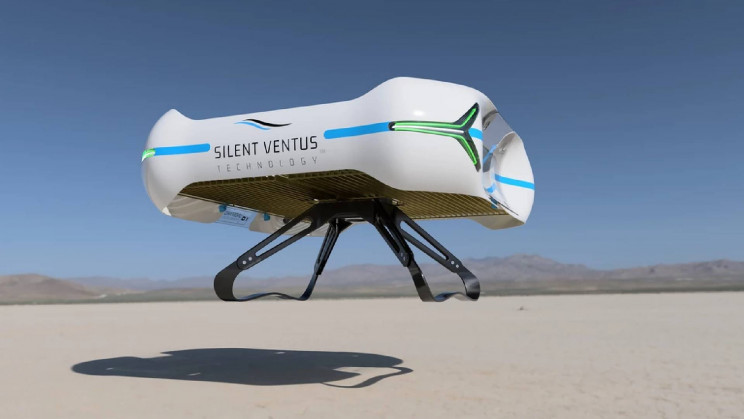 Commercial and recreational drones are taking to the air. They’re becoming a new source of environmental noise pollution. A study by NASA revealed that “road vehicles seem to be systematically judged to be less annoying” than drones. These drones produce a high-pitched noise, which people tend to find very annoying.

Silent Ventus is an all-electric drone with zero emissions

The drone is powered by proprietary ion propulsion technology that fully activates the ion cloud surrounding the craft. As a result “high levels of ion thrust in atmospheric air” is generated.

At present, the start-up is working to increase the flight times, while keeping noise levels below 70 decibels.

The first prototype of Silent Ventus undertook a 25 seconds flight and made noise at 90 decibels. But the current prototype was able to stay in the air for 2-minute and 30-seconds and generated noise levels of 85 decibels.

“Silent Ventus is a vivid example of our intent of creating a sustainable, progressive, and less-noisy urban environment,” said Tomas Pribanic, Founder and CEO of Undefined Technologies, in the statement. “The design brings us closer to our final product and enables us to showcase the dual-use of our technology.”