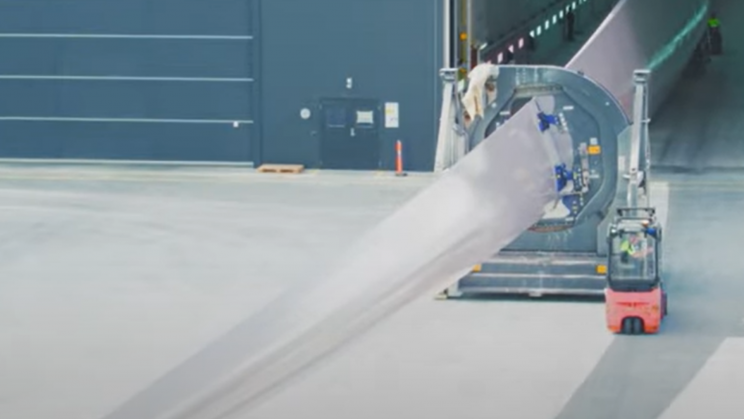 Over the last two decades, Wind energy has become one of the most promising and economically viable sources of renewable energy. But it is only one side of the coin, as there are some new challenges as well. The problem of blade disposal is emerging, as they generally end up in landfills.

According to the research conducted by the University of Cambridge, by 2050, there will be 43 million tonnes of blade waste. Out of this, China will possess 40% of the waste, Europe 25%, the US 16%, and the remaining world 19%.

So, to address this, German manufacturer Siemens Gamesa has developed the world’s first recyclable wind turbine blade. They also have plans to make turbines 100 percent recyclable by 2040. According to their estimate, this will make 10 million tons of material recyclable by 2050.

The company’s first six 266-feet-long Recyclable-blades have already been produced at its wind turbine blade manufacturing factory in Aalborg, Denmark.

“Our aspiration is to produce wind turbines that can generate renewable electricity for 20-30 years,” said Gregorio Acero, Head of Quality Management & Health, Safety, and Environment at the company in the press release. “When they reach the end of their useful life, we can separate the materials and use them for new relevant applications. The RecyclableBlade is a great step in that direction.”

A Large Asteroid, Almost Half The Size Of Mount Everest, Will Pass By Earth Next Month

US Intel Report Suggests Coronavirus Was Made In China