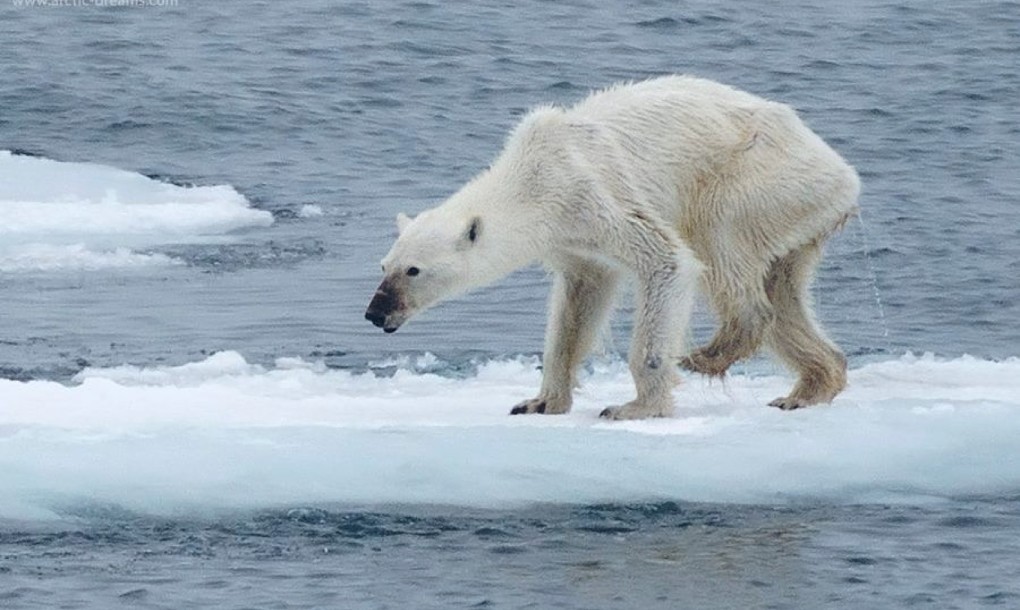 Global warming is having a massive impact on wildlife in the Arctic. This photograph of a frail polar bear was taken by photographer Kerstin Langenberger off the Barents Sea on the Norwegian archipelago of Svalbard. It very well describes the tragedy unfolding in the Arctic.

Polar bears hunt mainly from the sea ice, but because of increasing pollution and change in the climate, ice cover is reducing. Due to all this, bears are facing difficulty in finding enough food.

The Barents Sea was known for a thriving population of polar bears. Polar bears used to be the main attraction for wildlife photographers and tourists visiting. As per the U.S. National Oceanic and Atmospheric Administration (NOAA), winter ice cover in the Arctic is so far one of the worst since satellite measurements began nearly 40 years ago.

Kerstin Langenberger expressed that the summers were abnormally pleasant and warm. Glaciers are calving and retreating at a record speed. The picture of the bear he took is not an isolated exception. Although there were bears in good shape, he saw dead and starving polar bears as well. Bears who were in good shape are nearly exclusively males while females, on the other hand, are often in bad health.

Geoff York, senior director of conservation for Polar Bears International, told Discovery News that the picture taken by Kerstin is not an exception; he has seen other similar photos recently of polar bears in terrible condition.