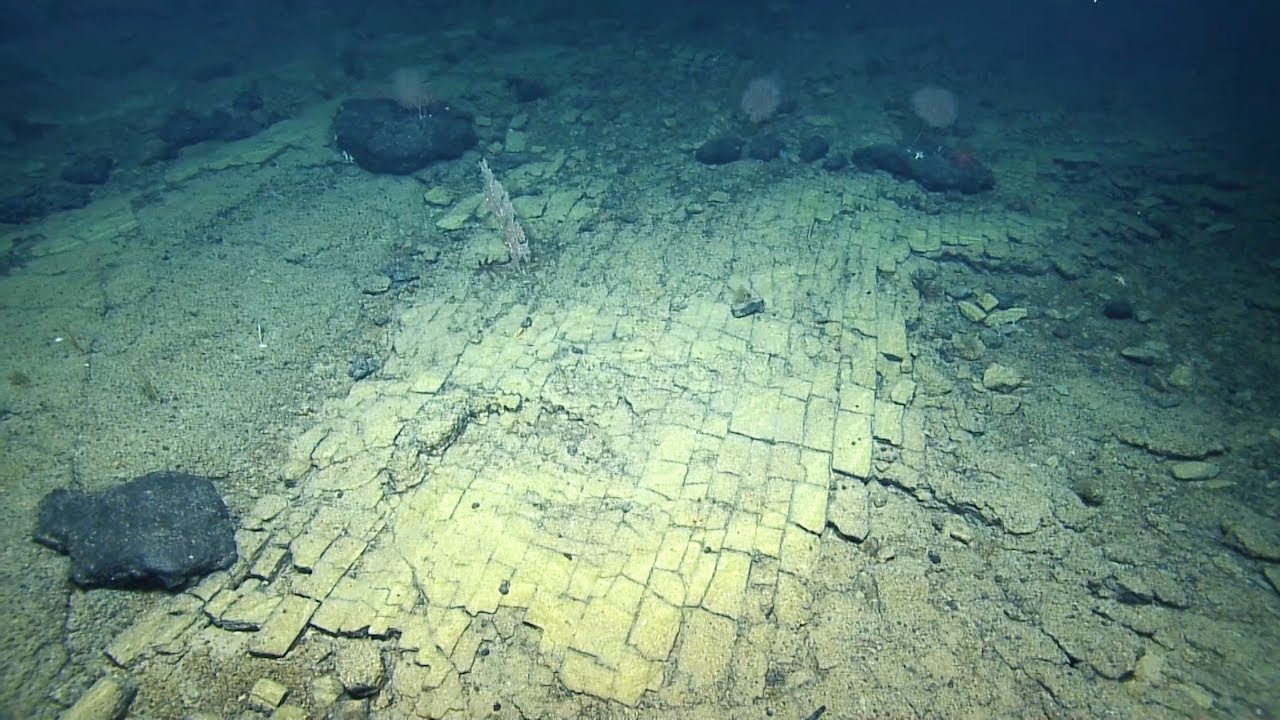 In a never-before-seen spot of the Pacific Ocean, scientists caught sight of a strange-looking formation. While digging around in an underwater volcano chain they discovered an ancient dried-out lake-bed that resembles a “yellow brick road”.

Scientists were analyzing the Liliʻuokalani ridge within Papahānaumokuākea Marine National Monument (PMNM) using the exploration vessel Nautilus. In this expedition, the team was collecting samples of some manganese crust from the seafloor using a robotic arm.

The team got thrilled by looking at this “unidentified gelatinous creature”.

Crew members aboard the Exploration Vessel Nautilus expressed it as a “yellow brick road” and “the road to Atlantis,” and called it bizarre, cool, and crazy.

Although the lake bed discovered is under kilometers of ocean, it appears to be quite dry. Researchers felt that the ground was like a ‘baked crust’ that might be peeled off.

But the natural brickwork is because of the volcanic geology

Initially, it looked like a patch of a dried lake bed, but it is a volcanic rock that has been fractured in a curiously uniform way.

“What may look like a “yellow brick road” to the mythical city of Atlantis is really an example of ancient active volcanic geology!” EVNautilus explained on YouTube.