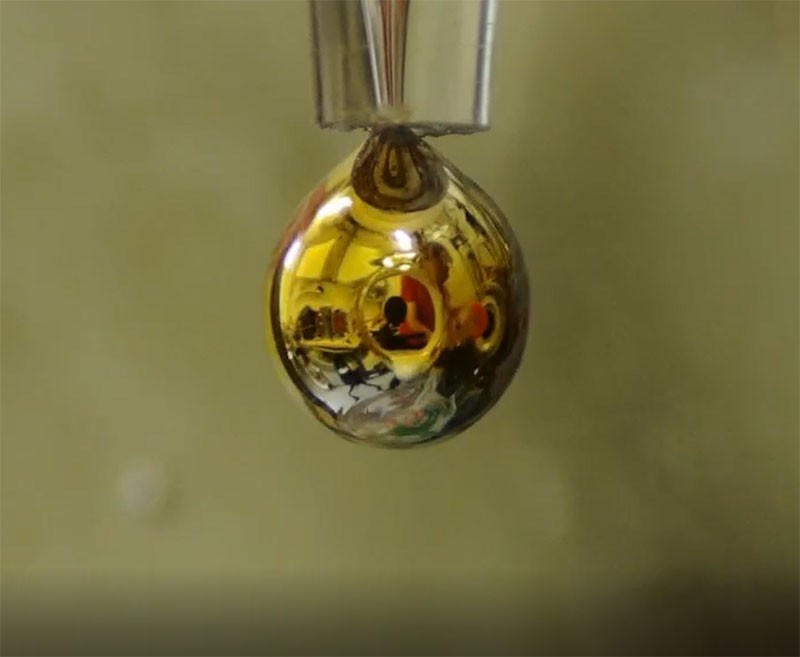 Scientists have successfully converted water into a metallic state and were managed to keep it in that state for a few seconds.

We all know water is a good conductor of electricity. This is because of the impurities present in it. So, there are negatively charged electrons that can easily flow between its molecules.

However, Pure, distilled water, is an almost perfect insulator. Purified water contains only H2O molecules. The valence electrons in purified water remain bound and are not mobile to conduct electricity. But water also develops metallic properties under extreme pressure. And as per calculations, such pressure is only present in the core of large planets like Jupiter, Neptune, and Uranus.

Now researchers have demonstrated another way to induce metallicity in pure water. They exposed pure water to an electron-sharing alkali metal. So by adding free-moving charged particles, water can turn into metal.

Physicist Robert Seidel said, “You can see the phase transition to metallic water with the naked eye!” “The silvery sodium-potassium droplet covers itself with a golden glow, which is very impressive.”

But, the reaction between alkali metals and water is known to be explosive. The team found a way to keep this explosion. So rather than adding the metal to water, they put a tiny bit of water on a drop of alkali metal. In this case, they used a sodium-potassium (Na-K) alloy as an alkali metal, which is liquid at room temperature.

Seidel said, “Our study not only shows that metallic water can indeed be produced on Earth, but also characterizes the spectroscopic properties associated with its beautiful golden metallic luster,”